The 44-year-old opposition figure’s team posted an event on Facebook calling for his supporters in Moscow to gather at noon on Sunday at Lubyanka Square outside the FSB headquarters and Staraya Square, where the presidential administration has its offices.

The team said that protesters will then march through the Russian capital from the two squares, which are located about one kilometer apart along a street in central Moscow.

“The direction of the march will be determined depending on the situation,” the organizers wrote.

Russian police on Saturday detained nearly 3,900 people — a record for a single day — at rallies in more than 100 cities across the country, where demonstrators were calling for Navalny’s release and protesting against the government.

The Kremlin critic was detained nearly two weeks ago when he arrived to Moscow from Germany, where he had been recovering following a poisoning attack with a Soviet-era nerve agent. 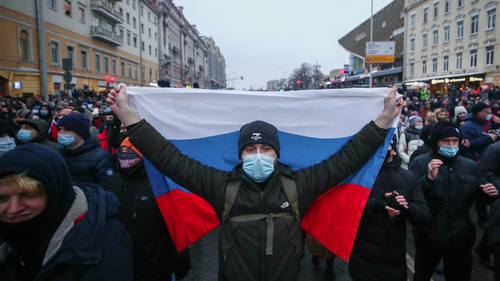 Navalny accuses the Federal Security Service (FSB) of carrying out the poisoning on Putin’s orders, a claim the Kremlin has repeatedly denied.

Leonid Volkov, the head of Navalny’s regional network, told AFP that organizers had decided to gather protesters at the FSB because they are the “poisoners” and the presidential administration because they “make the decisions about whether to jail or release Navalny.”

“So of course we are appealing to them,” he said.

Volkov earlier called on Russians to rally again to put pressure on the authorities to release Navalny before he is due in court on February 2 on charges of breaking the terms of a 2014 suspended sentence.

The Kremlin critic could be jailed for more than three years if the court rules in favor of Russia’s prison service, which says Navalny failed to check in with it twice per month while he was recovering in Germany. 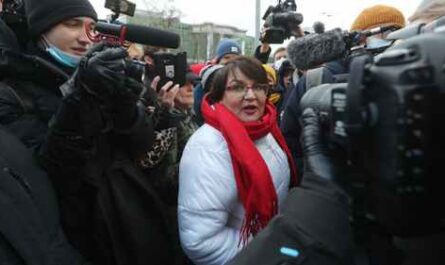