Updated US government dietary guidelines recommend infants should only be fed breast milk for the first six months of life and children under two should not have any added sugar.

Released on Tuesday, the 2020-2025 edition of Dietary Guidelines for Americans gives the first official advice on the diets of babies and young children by the federal government.

It is the first time the guidelines have taken a “full life-span approach”, and parents now have more of a reason to say no to candy, cake, and ice cream — but guidelines for adults remain largely the same.

“It’s never too early to start,” said Barbara Schneeman, a nutritionist at University of California, Davis. “You have to make every bite count in those early years.”

To aid healthier pregnancies and better cognitive development in childen, pregnant and breastfeeding women, or those planning to become pregnant,  are encouraged to consume more seafood rich in omega-3 fatty acids (but low in methylmercury).

For adults generally though, the new guidelines did not include two key recommendations from scientists advising the government.

Those advisers said in July that everyone should limit their added sugar intake to less than six per cent of calories, and men who drink should limit alcohol to one drink per day.

Instead, the published guidelines stick with previous advice: limit added sugar to less than 10 per cent of calories per day after the age of two, and men should limit alcohol to no more than two drinks per day — twice as much as advised for women.

“I don’t think we’re finished with alcohol,” said Ms Schneeman, who chaired a committee advising the government on the guidelines. “There’s more we need to learn.” 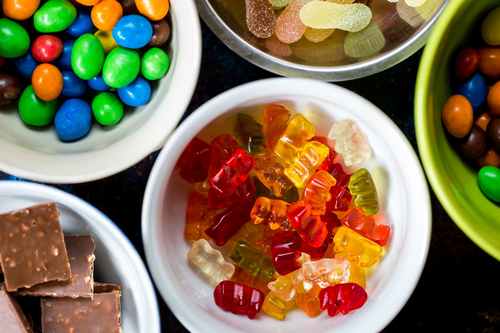 Recommendations are then used to set standards for programmes such as food stamps and school lunches.

Despite being prepared and issued during the coronavirus pandemic, the new guidelines make no reference to the dietary challenges and food insecurity that many are now challenged by every day.

The advisory committee’s recommendations regarding alcohol and sugar intake by adults were made in an effort to curtail the high rates of obese and overweight adults in the US.

Weight problems are directly linked to conditions such as heart disease and type 2 diabetes which increase the risk of developing severe complications if an individual contracts Covid-19. How much did Diana leave in inheritance for Harry?