New York lawmakers and governor Andrew Cuomo reached an agreement to legalize recreational marijuana, opening the door for a multi-billion dollar industry in the state.

While the legislation was still begin finalized, multiple media outlets report that that “The Cannabis Law” was scheduled to pass next week as part of the state budget due on 1 April.

It may, however, be fast-tracked once language is finalised to be voted on sooner as a stand-alone piece of legislation, lawmakers told The New York Times.

“We will finally be able to say we’re going to have an industry for cannabis that assures people who buy the product that they are buying a legitimate product from legitimate companies,” State Senator Liz Krueger, a Democrat who led the negotiations in the upper chamber, told the Times.

The new law, which would apply to New Yorkers over 21-years-old, would make it legal to buy and possess up to 3 ounces of marijuana for personal use, with licensed dispensaries to begin selling product legally as early as December 2022, according to anonymous sources quoted in The New York Post.

Residents could grow up to six plants for recreational use plants(three mature and three immature), and up to a dozen per household, but not until 18 months after the first legal dispensaries first open, according to the Rochester Democrat & Chronicle, which was first to report the new green deal.

Medical marijuana users, however, would be able to begin growing within six months of the bill passing. The bill is also said to improve the existing medical marijuana program by expanding the list of conditions covered and doubling supply from 30 to 60 days. 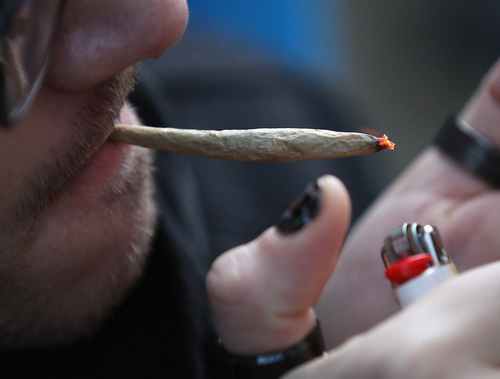 Patients would also be allowed to vape and smoke, while medical marijuana companies would be allowed to enter the recreational market.

The negotiated agreement would reportedly create a new Office of Cannabis Management and the Cannabis Control Board to oversee the industry of recreational and medical marijuana, as well as associated hemp and CBD industries.

Several new state licenses for cannabis would be created for farmers, distributors, product makers, dispensaries and retail locations, which would create legal spaces to consume marijuana.

Cities, towns and villages would have until the end of 2021 to “opt-out” of having dispensaries and retail sites in their communities.

The cost of the product will be impacted by multiple taxes, with distributors said to pay per-milligram on flowers, concentrate and edibles, and retailers to pay a state tax of nine per cent and a local tax of 4 per cent. Easter Brunch at the Hyatt Regency on April 4