The New York state attorney general has opened an investigation into governor Andrew Cuomo’s possible use of state resources for the “development and promotion” of his book on the coronavirus pandemic.

The referral letter asks Ms James to look at “any indictable offense” in violation of the law which relates to ”the use of property, services or resources of the state for personal purposes, private business purposes or other compensated non-governmental purposes by the Executive Chamber”, according to The Hill.

The investigation comes after allegations that Mr Cuomo’s senior aides and junior staff members worked on the book. The New York Times had reported that the staff members edited early drafts, sat in on pitch meetings, and printed the manuscript pages.

Mr Cuomo has insisted that people who worked on the book were volunteering. Rich Azzopardi, a senior adviser to the governor, had earlier said that Mr Cuomo’s aides volunteered to work on the project and “to the extent an aide printed out a document, it appears incidental”.

“We have officially jumped the shark – the idea there was criminality involved here is patently absurd on its face and is just the furthering of a political pile-on,” Mr Azzopardi said in a statement to CNN. 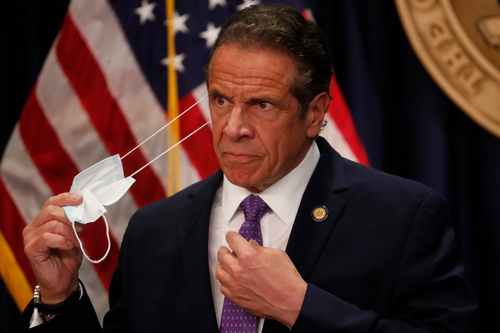 He also said that both the comptroller and the attorney general have spoken to people about running for governor, and it was “unethical to wield criminal referral authority to further political self-interest‎”.

Mr Cuomo also said on Monday that some people “volunteered to review the book”. He said he wanted to make sure that the people mentioned in the memoir did not have any problem with the mention.

The investigation is in addition to the one overseen by Ms James into allegations of sexual harassment against the governor. He has denied all the allegations. Navalny in ‘Strong’ Pain, Team Fears for His Life: Lawyer