The newly-discovered bacterium linked to the fatal illness was reported for the first time in the journal Nature Communications this week.

Since 2005, some 56 Western chimpanzees, which are critically endangered, have died from an unknown sickness at the Tacugama sanctuary. Bizarrely, the disease only impacted chimps at the sanctuary.

It began with chimps suffering neurological problems, vomiting and having diarrhoea. Chimps went from being healthy to staggering around with bloated stomaches. The illness resulted in death even after medical treatment.

Now, after five years of research, the disease has been linked to a newly-discovered species of bacterium, Sarcina troglodytae, belonging to the Sarcina genus. (It was named as such by the scientists as Pan troglodytes is the scientific name for chimpanzees.)

Until now, there were only two known species – one found on the surface of cereal seeds and in soil, and another found in human and animal stomachs, which would cause similar gastrointestinal issues as it appeared the chimps were suffering from. 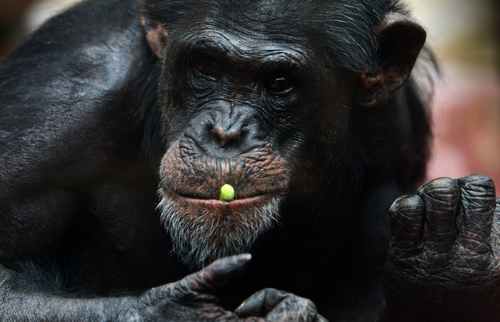 While the disease has not been found in people, it has the potential to be transferred as humans and chimps share 98.8 per cent of genetic makeup. The researchers pointed to another example when “one of the main causative agents of human malaria, Plasmodium falciparum, once thought to have co-evolved with humans, actually arose from a recent zoonotic transmission from a western gorilla”. Other infections, like Ebola and HIV, have reached humans through zoonotic transfer from great apes.

Dr Tony Goldberg, a professor of epidemiology at the University of Wisconsin-Madison who co-authored the study, has led the investigation from the start.

The study also notes that many questions surrounding the ENGS cases in chimps remain a mystery. For example, the number of cases has peaked each year in March and it’s unknown why.

However Dr Goldberg added that, unlike Covid-19, this bacterium will not cause a pandemic, and is not contagious.