A Canadian newspaper has deleted an article that compared living through the coronavirus pandemic to Anne Frank’s two years in hiding from the Nazis.

The Globe and Mail published the opinion piece by a contributor titled “Lessons in living from Anne Frank” on Wednesday.

The article reflected on the author’s reading of The Diary Of a Young Girl and her own journaling.

The op-ed acknowledged that Frank “was contained with seven others in space less than 400 square feet for 761 days”.

“As my Covid fatigue has gotten the better of me in recent weeks I started to say to myself, ‘What would Anne do?’ or ‘How would Anne describe this time?’ and ‘How would she cope?’” the opinion piece went on to say.

The article triggered outrage on social media and was later deleted.

“An essay about Anne Frank and lockdown has been removed because it did not meet our standards. We apologize for this error,” The Globe and Mail wrote on Twitter. 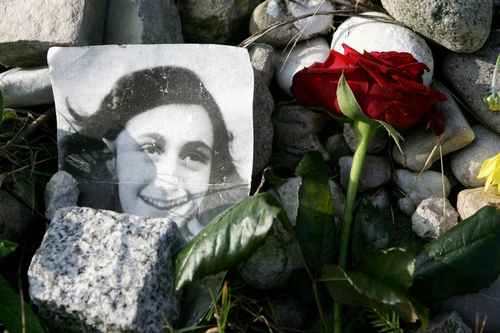 Frank and her family went into hiding from the Nazis in 1942 during the occupation of the Netherlands.

Using a red-checked diary she had been given on her 13th birthday, just before they went into hiding, the Jewish schoolgirl journaled throughout the two years spent in the secret annexe in Amsterdam.

Frank and her family were discovered in a Gestapo raid in 1944.

The young diarist and her older sister Margot would eventually be taken to the Bergen-Belsen concentration camp, where they both died of typhus in appalling conditions in February 1945. Anne was 15 years old.

Of the seven people in hiding with Frank, only her father, Otto, survived the Second World War. On learning of the diary, he fulfilled his daughter’s wish to have a book published.

Frank’s diary has since been translated into more than 70 languages, with over 30 million copies sold.