A third powerful earthquake has sparked fresh tsunami warnings after striking off the coast of New Zealand, hours after two other large tremors in the South Pacific.

Authorities in New Zealand told residents in certain areas on the East Coast of the North Island to leave their homes and immediately move to higher ground, amid warnings of a possible damaging tsunami.

The US Tsunami Warning System said the third quake could cause tsunami waves of between one to three metres in French Polynesia and waves of up to one metre in Niue, New Caledonia and the Solomon Islands.

Authorities said the first waves would arrive on New Zealand‘s north shores by about 9.45am local time (8.45pm GMT).

National Emergency Management Agency (NEMA) said areas under threat were from the Bay of Islands to Whangarei, from Matata to Tolaga Bay including Whakatane and Opotiki, and the Great Barrier Island.

The 8.1 quake was the largest in a series of tremors that struck the region over several hours, including two earlier tremors that registered magnitude of over seven.

The largest earthquake took place in the ocean around the Kermadec Islands, which sit hundreds of kilometres off the coast from New Zealand’s North Island.

It hit much closer to New Zealand, around 140 miles northeast of the North Island port city of Gisborne, and caused a long shaking which woke many people during the night. 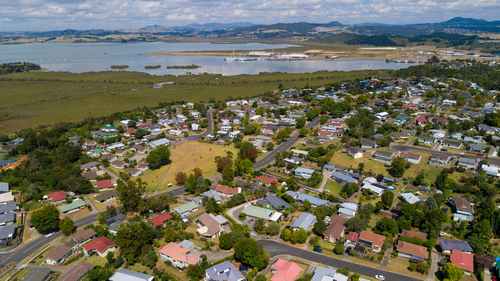 Later on, a tsunami advisory was issued for parts of New Zealand  after a 7.4 magnitude earthquake struck near the Kermadec Islands – the same area where the larger 8.1 quake hit shortly afterwards.

NEMA warned tsunami activity would continue for several hours as it issued a warning for New Zealand coastal areas following the latest quake on Friday morning local time, and told the public the “threat must be regarded as real” until the warning is lifted.

Warnings were also issued for other Pacific islands like Tonga, American Samoa, Fiji, Vanuatu, Hawaii and others.