The advertisement for the $88m property on the Upper East Side could not have been accused of underplaying its grandeur.

“This mansion presents a once in a life-time opportunity to own the largest single-family home in New York City,” it read. “This historic landmark could easily present itself as a palatial consulate, embassy, foundation, or a museum to once again house some of the world’s greatest works of art.”

What, however, was omitted, perhaps wisely, was the identity of the previous owner, and details of the dark acts of abuse and cruelty allegedly perpetrated on young women and girls by that man and his British girlfriend.

It is a year since Jeffrey Epstein, the 66-year-old convicted paedophile, financier and friend of celebrities ranging from Bill Clinton to Donald Trump and Prince Andrew, was found dead in his cell at the Manhattan Correctional Centre, about six miles from the seven-storey home recently put on the market by his estate, along with a property in Florida, located close to Trump’s Mar-a-Lago estate.

Despite the president’s shifting comments about his association with Epstein, it appears to have been at Mar-a-Lago resort, where Virginia Roberts Giuffre worked as a spa attendant, and where she first met Epstein’s girlfriend, Ghislaine Maxwell, a socialite and daughter of the late press baron Robert Maxwell, who is accused of recruiting and grooming the young woman to have sex with the financier and his friends.

Those charges came 11 years after Epstein’s lawyers cut a plea deal with prosecutors in Florida to avoid a similar charge. And his death came a day after new legal documents unsealed by a court, provided more details about the numerous young girls he was said to have abused over several decades. 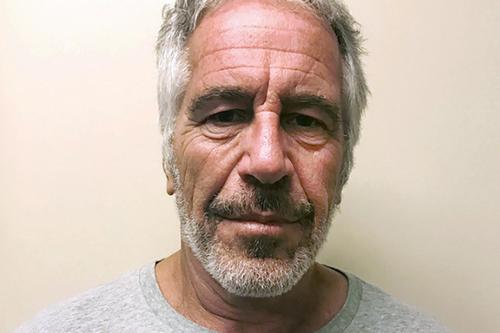 The documents related to a defamation lawsuit brought by Giuffre, who said she was abused by Epstein and members of his circle over a number of years. Among those she claimed she was told to have sex with were former New Mexico governor Bill Richardson, financier Glenn Dubin, former senator George Mitchell and modelling agent Jean-Luc Brunel. All have denied the claims.

‘Americans are inherently conspiratorial in their thinking’

The death of Epstein, found hanging in his cell, came after he was arrested and charged with sex trafficking charges, and one day after new legal documents provided more details about his victims. (Trump tweeted that Epstein had information on Clinton.)

Many believed Epstein was murdered on the orders of the many powerful people who had much to benefit from his death. They pointed to the many seemingly convenient errors that took place at the remand – the guard on duty was not a regular member of staff but a “fill in”, while Epstein had earlier been placed on suicide watch after being found with bruising on his neck two weeks earlier he had been taken off that list, that demanded constant supervision.

Despite all of this, and claims to the contrary by his lawyer, his death was ruled suicide by New York City’s chief medical examiner, Dr Barbara Sampsonthe.

“I think it was probably incompetence,” George Kirkham, a Florida-based criminologist and former law enforcement officer, says of the management of Epstein. “He was probably very, very, ager to kill himself. And there are a number of ways to do that in that kind of context.”

He adds: “But, you know, Americans are inherently conspiratorial in their thinking. Even today 50 or 60 per cent of people still believe that JFK was killed in some nefarious plot.”

Elite institutions maintained links with Epstein after his conviction

In 2008, Epstein cut a plea deal with prosecutors in Florida that would see him plead guilty to a single charge of soliciting prostitution with an underage girl and receive a 13-month sentence. Prosecutors had originally drawn up a 55-page charge sheet. The prosecutor who oversaw the deal, Alex Acosta, was last year obliged to quit as Trump’s labour secretary, after new charges carrying up to 45 years in jail were filed against Epstein.

Jeffrey Epstein is the subject of a new documentary by Lifetime. (New York State Sex Offender Registry via AP)

Since Epstein’s death, it has emerged that not only did a number of individuals maintain close links with the disgraced financier, but so did a number of institutions. In January, it was revealed Massachusetts Institute of Technology had continued to donate up to $850,000 even after his 2008 guilty plea. Administrators knew and even sent him a thank you note.

In May, it emerged Harvard had also continued to welcome and receive Epstein, who made donations of more than $9m and visited more than 40 times. He even had his own office and key card.

‘I deeply sympathise with everyone who has been affected’

In November last year, amid pressure from Epstein’s victims, Prince Andrew gave a rare, disastrous interview to the BBC in which he defended maintaining his friendship with Epstein after the 2008 guilty plea, and appeared to show little sympathy for those hurt and abused. The interview revealed he not regret the friendship that he had maintained a friendship with Epstein’s girlfriend, Ghislaine Maxwell, now accused of trafficking Epstein’s victims. He denied having sex with Giuffre, despite the existence of images of them standing next to each other.

He also claimed that on one of the three days Giuffre, then aged 17, alleged he had sex with her, he was at home, having thane his eldest daughter, Princess Beatrice, to a party at a Pizza Express restaurant in Woking at 5pm.

Days after the interview, as demands grew for him to speak to prosecutors in the US, it was announced his was standing down from his duties as a royal. “It has become clear to me over the past few days that my association with Jeffrey Epstein has become a major disruption to my family’s work and the valuable work going on in the many organisations and charities that I am proud to support,” he said. “Therefore, I have asked Her Majesty if I can step back from public duties for the foreseeable future, and she has given her permission.”

He added on Epstein’s death: “His suicide has left many unanswered questions, particularly for the victims and I deeply sympathise with everyone who has been affected and wants some form of closure.”

Epstein was accused of abusing dozens or even hundreds of young women and girls. Lawyer Brad Edwards, who represents Giuffre and several other victims, said it amounted to a “spiderweb”, the origins of which dated back to the period 1994-97. After Maxwell was arrested in July and charged with trafficking those women for Epstein, Edwards, author of Relentless Pursuit: My Fight for the Victims of Jeffrey Epstein, said more people were still coming forward.

Virginia Giuffre is one of the women who share their testimonies in ‘Surviving Jeffrey Epstein’. (Courtesy of Lifetime)

“Just in the last five days we have perceived tips from several very important witnesses and at least one other victim that I expect is only going to help the case,” he told NBC News.

Was Maxwell Epstein’s first and most significant victim?

Maxwell has been charged with conspiring with Epstein to identify and “groom” vulnerable young women.

“Preserving the innocence of children is among the most important responsibilities we carry as adults,” FBI Assistant Director William F Sweeney Jr said when she was charged with offences that could see her jailed for 35 years. “Like Epstein, Ms. Maxwell chose to blatantly disregard the law and her responsibility as an adult, using whatever means she had at her disposal to lure vulnerable youth into behaviour they should never have been exposed to.”

Experts in sex trafficking have suggested Epstein may also have “groomed” Maxwell, who arrived in New York vulnerable after her celebrity life exploded after the death of her father, press baron Robert Maxwell.

Rochelle Keyhan, CEO of Collective Liberty, which works to combat domestic violence and sexual violence, and human trafficking, says it is common for men acting as “pimps” to identify one woman as the so-called “bottom girl” or “bottom bitch”, to oversee and control the others.

“Typically, it’s either the first victim of the trafficker or the person who is most easily susceptible to their manipulation,” she says.

Was Maxwell Epstein’s “bottom”? “That’s my assessment of the situation,” says Keyhan.

Ghislaine Maxwell thought a young Paris Hilton would be “perfect” for Jeffrey Epstein, Maxwell once commissioned a song for Epstein’s birthday, and he was once Cosmopolitan’s Bachelor of the Month.

Or so say two documentaries that are hitting our screens, packed full of people who knew Epstein or claim to have known him.

Earlier this spring, Netflix released Jeffrey Epstein: Filthy Rich, that took a a sweeping look at the accusations of sex abuse and trafficking.

Ghislaine Maxwell thought a young Paris Hilton would be ‘perfect’ for Epstein, it is claimed

And now there is Surviving Jeffrey Epstein, Lifetime’s four-part documentary series about the disgraced financier and registered sex offender. We can expect to hear directly from more of his alleged victims.

And more details are emerging almost every day.

Though a court released a slew of documents last month, one of revealing Prince Andrew had in 2008 lobbied the US government to give Epstein a favourable plea deal.

“There were blondes, there were brunettes, there were redheads. They were all beautiful girls. I would say the ages ranged between 15 and 21,” Giuffre alleges in documents dating back to a now-settled 2015 civil litigation against Maxwell.

Given there are other documents yet to be unsealed, the allegations were set to continue. 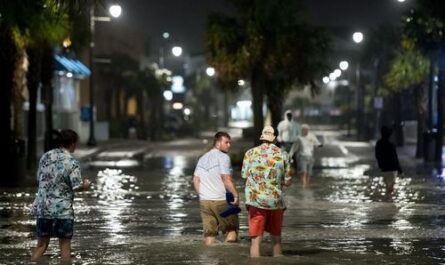