Hurricane Laura is now an ‘extremely dangerous’ Category 4 storm with winds of up to 145mph, as it barrels towards the Gulf Coast ahead of landfall tonight.

It rapidly powered up into a “catastrophic” Category 4 hurricane, intensifying as it churns towards Texas and Louisiana where it’s expected to make landfall just after midnight.

The National Hurricane Centre said: “There are no signs it will stop soon. Power outages will last weeks to possibly months. Most of the area will be uninhabitable for weeks or months.”

Louisiana governor John Bel Edwards announced during his press conference on Wednesday that the state’s full National Guard had been deployed, and warned residents that they are “only have a few hours to prepare and evacuate” before Laura hits its coast.

He added: “Wherever you are by noon is where you’ll have to ride out the storm. Be smart and be safe.

At its 11am ET update, the National Hurricane Centre warned that Laura could become “unsurvivable” for some areas of both Texas and Louisiana.

The centre said that there will be an “unsurvivable storm surge with large and destructive waves will cause catastrophic damage from Sea Rim State Park, Texas, to Intracoastal City, Louisiana, including Calcasieu and Sabine Lakes.” 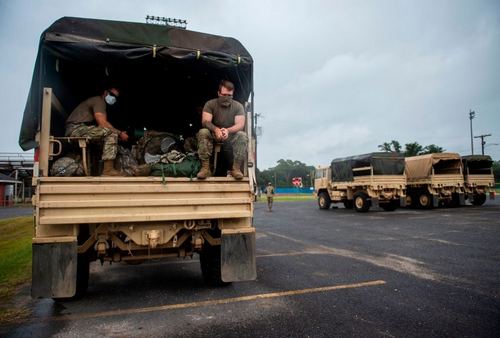 It added that “only a few hours remain to protect life and property and all actions should be rushed to completion.”

President Donald Trump tweeted about Laura on Wednesday, and said: “Hurricane Laura is a very dangerous and rapidly intensifying hurricane.

“My Administration remains fully engaged with state & local emergency managers to continue preparing and assisting the great people Texas, Louisiana, and Arkansas. Listen to local officials. We are with you!”

More than half a million people were ordered to flee from an area of the Gulf Coast along the Texas-Louisiana state line on Tuesday.

“We need to be concerned about the federal capacity to respond to a major hurricane disaster, particularly in light of failings that are all too obvious in the public health area,” said Kathleen Tierney, former director of the Natural Hazards Centre at the University of Colorado.

The hurricane is threatening a centre of the US energy industry, and 84% of Gulf oil production and an estimated 61% of natural gas production has been shut down, with close to 300 platforms evacuated. 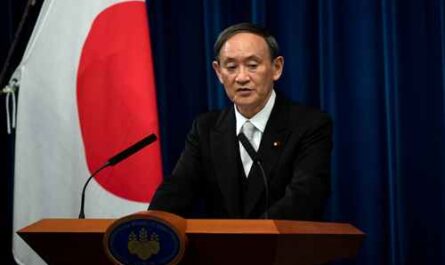