Protests sparked by the jailing of Kremlin critic Alexei Navalny have spread beyond the traditional Russian activist hubs of Moscow and St. Petersburg as discontent with the authorities and frustration over low standards of living rise.

Tens of thousands took to the streets in over 120 cities after the opposition leader was arrested on his return from Germany in January, where he had been recovering from a poisoning attack he blames on President Vladimir Putin. Many of them said Navalny had grabbed the public mood to highlight grievances that have been festering for years.

“Previously, people in Moscow and St. Petersburg came out because they were more politically engaged and had more free time to follow politics, while people in the regions were too preoccupied with surviving,” said Angelica Pyantkovskaya, 24, from Pskov in northwestern Russia who works in tourism and joined protests in the city on Jan. 23 and Jan. 31.

“But now, our patience has run out,” she added.

Navalny’s popularity is hard to quantify. His trust rating — which measures the proportion of Russians who named him as the politician they most trust in the country — was 5% in a recent poll from the independent Levada Center.

That puts him behind Putin, Prime Minister Mikhail Mishustin and the nationalist leader of the Liberal Democrats Vladimir Zhirinovsky, as well as Defense Minister Sergei Shoygu and Foreign Minister Sergei Lavrov. But analysts say his trust rating belies his influence on domestic politics.

“Unlike Moscow and St. Petersburg, the regional protests are mainly not about Navalny, but rather a show of general irritation with the authorities,” said political analyst and general director of the Moscow-based Center for the Development of Regional Policy Ilya Grashchenkov. 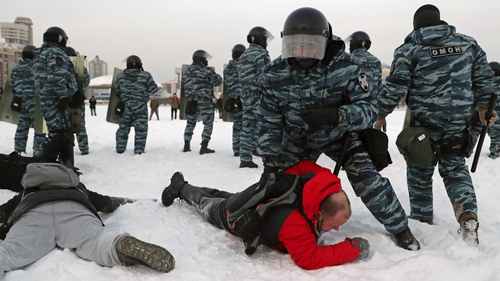 According to estimates from the Znak.com news site, around 7,000 people rallied on Jan. 31 in Russia’s fourth-largest city of Yekaterinburg in the Ural mountains, including former Mayor Yevgeny Roizman, who has in the past supported opposition movements.

Nikolay, a 29-year-old sales manager from Yekaterinburg, said he had never attended any political demonstrations until “a recent surge in criminal cases against journalists and social activists” prompted him to take action.

“I still would not want a situation where Navalny becomes president, since he is a risky and controversial figure who won’t be able to build dialogue with Russian political clans,” said Nikolay, who declined to give his last name. “But at the same time, he commands respect as a brave man who, knowing he was poisoned and would be imprisoned, returned to Russia unlike most activists.”

Navalny’s investigation into what has been dubbed “Putin’s Palace” — a grandiose $1.35 billion residence on the Black Sea coast that he says is owned by the president — touched a nerve among Russians angry about the glaring income divide between the Kremlin’s ruling elite and the rest of the country.  The video has garnered over 111 million views on YouTube since its release the day after Navalny’s arrest.

“There is no money, no funding for the regions, but there is money for palaces,” said Pyantkovskaya from Pskov, where the average monthly salary in the city of 20,000 is 30,000 rubles per month ($400).

Analyst Grashchenkov said Navalny’s investigations have exacerbated growing social discontent that had already been fueled by low wages and unemployment.

“Someone builds palaces, and someone makes ends meet,” he said.

The growing politicization of the regions is a new trend, according to analysts.

When thousands of well-educated, middle-class Muscovites came out to Bolotnaya Square in 2012-2013 to protest Putin’s third inauguration as president, the Kremlin painted the protesters as out-of-touch city hipsters. The narrative has now shifted and urban and provincial Russians are protesting together.

“Since the Bolotnaya protests, which took place mainly in Moscow, people have realized that nothing will happen without regional support.” said Nikolay from Yekaterinburg.

Protests are also spreading to regions that have historically stayed on the sidelines of the opposition movement, Grashchenkov said.

“In cities, like Voronezh and Volgograd more people are connected with the state enterprises, so there is no traditional framework for opposition to emerge,” Grashchenkov said.

In Yekaterinburg, former mayor Roizman told The Moscow Times he had come out to protest for the same reasons as everyone else.

“It’s become so obvious that people no longer want to stay silent,” he said. 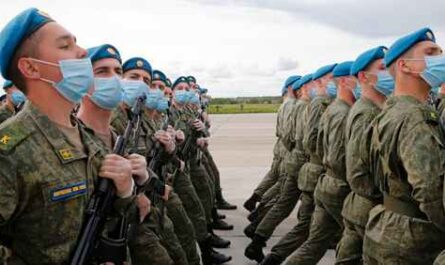