An Indian immigrant who died saving two children from drowning in a California river had “big dreams” of starting his own business, his family said.

Manjit Singh, 29, had been cooling off at Reedley Beach on the Kings River, Frenso, on Wednesday, shortly after finishing a driving lesson, when he heard a woman crying out for help.

Three of the women’s children had got into difficulty while swimming in the river, prompting Manjit, his friends and family to spring into action.

“First he jumped in the water to save the kids and then he opened his turban and threw it like a rope,” Malkiat Singh, Manjit’s brother-in-law, who was with him when he died, told reporters.

When that did not work, Manjit launched himself into the river fully clothed, despite not being able to swim. 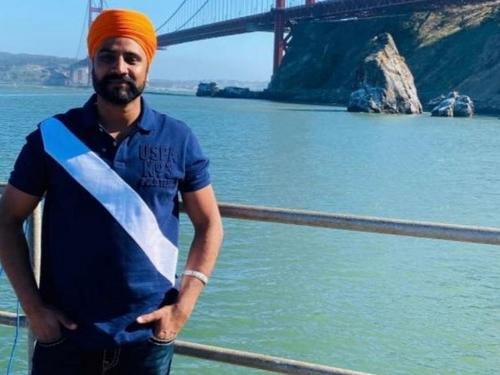 Manjit and his family were able to save two of the children, while the third was swept away by the river’s current and left in a critical condition in Valley Children’s Hospital.

Manjit moved to the US from India two years ago in search of a better life, his family said.

He recently moved to Frenso and had enrolled on a truck driving course, with hopes of starting his own haulage company.

“(He had) big dreams. He said, ‘I’m going to go to work and buy a Range Rover’,” Gurinderjit Singh, Manjeet’s brother, told ABC 30.

“(He was a) very very good friend and big brother. I’m lost without my brother. He is 29 only,” Gurinderjit added.

The family has been inundated with support from across the globe after the death of Manjit, whose body will be flown back to India.