“I am thankful to the president and extremely grateful for the longstanding support of friends and family, especially my wife, Susan,” Walters said.

Walters was convicted of conspiracy, securities fraud and wire fraud after prosecutors told a jury that Walters helped Michelson earn $1 million in 2012 with stock trades in a Dallas-based company so the golfer cold cover gambling debts.

The Securities and Exchange Commission cited Mickelson for the trades in a lawsuit, and Mickelson agreed to repay the money. Mickelson was not charged. 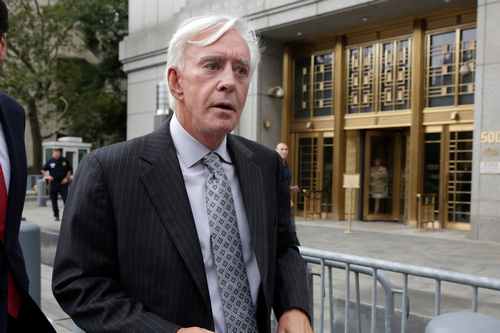 Walters, whose business empire included golf courses and car dealerships, was sentenced in July 2017 to five years in prison and fined $10 million by a federal judge who noted “large and splashy displays of philanthropy” and Walters’ ownership of a private plane, $17 million West Coast home and $175 million in earnings from 2011 to 2015.

Walters, now 74, was released last summer to home confinement in the San Diego area after serving more than half his sentence.

Trump issued pardons and commutations for 143 people, including former political strategist Steve Bannon, during the final hours of his presidency.

Walters’ attorney, Pierce O’Donnell in Los Angeles, said he intends to prove in the lawsuit that Walters was entrapped by federal officials, including four prosecutors and an FBI agent who O’Donnell alleges covered up information about leaks to the news media of secret grand jury information.