Iran vowed to upgrade its nuclear programme as a result of a suspected Israeli attack on one of its most sensitive atomic technology facilities.

Iran’s foreign ministry spokesperson said on Monday that Iran would replace first-generation IR-1 uranium enrichment centrifuges, damaged in the attack on Sunday at its facility near the city of Natanz, with more sophisticated devices that could produce nuclear fissile material more quickly and efficiently.

Such a move would be highly controversial. An effort by Iran to accelerate its nuclear programme could further imperil efforts to revive a 2015 nuclear deal which placed limits on Iran’s nuclear programme in exchange for the removal of sanctions.

Talks between Iranian, American, and other international officials to restore the deal are to resume on Wednesday. Iran’s foreign minister, Mohammad Javad Zarif, blamed Israel for the attack and said that Iran would pursue both removal of sanctions through diplomacy and nuclear advances in response.

“If they think our positions in the negotiations have weakened, actually this despicable attack will strengthen our stances,” said Mr Zarif, according to the official Islamic Republic News Agency. “The Natanz facility will now be able to enrich several times more quickly, being full of advanced centrifuges.”

Iranian foreign ministry spokesperson, Saeed Khatibzadeh, vowed that Iran would take revenge for the attack “at a proper time and place”.

“This incident, fortunately, did not cause any damage to human lives or the environment,” he told reporters. “However, it could have been a catastrophe. This is a crime against humanity.”

Details about the attack remain sketchy. No one has claimed responsibility, but it is widely being attributed to Israel by unnamed Israeli and American officials speaking to journalists who often serve as conduits for intelligence service leaks. The Israeli broadcaster Kan cited unnamed intelligence officials as saying Israel’s Mossad carried out a cyber-attack.

According to Iranian officials, a power outage or disruption cut off electricity to the Ahmadi Roshan Nuclear Facility where highly sensitive, high-speed whirring centrifuges filled with uranium gas draw out Uranium-235 isotopes, radioactive fissile material that can be used as fuel for civilian nuclear reactors or bombs. Experts say even a momentary power outage could completely destroy the delicate machinery of the centrifuges, and back-up generators were likely installed to provide redundancy.

The power outage in this case may caused an explosion or explosions that may have further eroded the plant’s power capabilities. The Iranian Nour news agency, which is close to the country’s security establishment, said a perpetrator “who caused the shutdown of electricity” has been identified. And an unnamed source cited by Nour claimed that Iranian authorities have ascertained how the disruption took place and that measures have been taken to “restore the facility to full capacity”.

The attack comes just days before Iranian, American, British, French, German, Russian, and Chinese diplomats are to gather on Wednesday in Vienna for talks on efforts to resurrect the 2015 nuclear deal, called the Joint Comprehensive Plan of Action. But few officials addressed the matter.

“It is astonishing that extraterritorial sabotage and acts of violence are becoming commonplace and even accepted by some governments,” former Swedish foreign minister Jan Eliasson wrote in a Tweet. “The Iran talks are at a sensitive stage. There is no place now for provocations or the law of the jungle. May cool heads prevail on all sides.”

Along with a spate of attacks on other nuclear and military sites in Iran and the assassination in November of the country’s top military nuclear scientist Mohsen Fakhrizadeh, Sunday’s incident underscores major security failures by authorities in one of the most repressive police states in the world.

“It says so much about how the Iranian security apparatus has been infiltrated,” said Sina Azodi, an expert on Iranian security and military issues at George Washington University. You see all the incentives to work with foreign intelligence agencies. Some of them have personal vendettas against the regime. Sometimes the issue is money. Sometimes it’s blackmail. You have all these issues hurting Iranian society. Any foreign intelligence agency can them to their advantage.”

Though the blast did not cause any leaks of radiation or injuries, it also underscored safety worries about Iran’s nuclear pursuits. Iran has been prone to industrial accidents, more often caused by lax safeguards than foreign sabotage. Behrouz Kamalvandi, the spokesperson for Iran’s Atomic Energy Organisation, was badly injured on Sunday after falling seven metres through a hole while inspecting the Natanz facility.

Some reports cited unnamed officials saying that the attack could set back Iran’s nuclear programme by nine months. But Iran has already amassed enough reactor-grade uranium to build at least one nuclear weapon were it to refine its stockpile to weapons-grade purity, break out of the Nuclear Non-Proliferation Treaty to which it is a signatory, and begin assembling a weapon.

And though Iranian officials acknowledged that some centrifuges had been damaged, how many remains unclear. According to a February report by the International Atomic Energy Agency, Iran was operating 5,060 first-generation IR-1 centrifuges and 348 second-generation centrifuges in Natanz, while also testing out more advanced designs. It also keeps unused centrifuges in storage.

“The explosion itself was not strong enough to destroy everything,” said Mr Kamalvandi, speaking from his hospital bed in a video posted online. “One of the ceilings in one of the control rooms came down. Fortunately, no one was hurt. The situation is such that they can, God willing, repair the areas that were damaged.”

At its peak in 2013, before talks began that ultimately put limits on Iran’s nuclear programme, Iran was operating some 25,000 centrifuges. 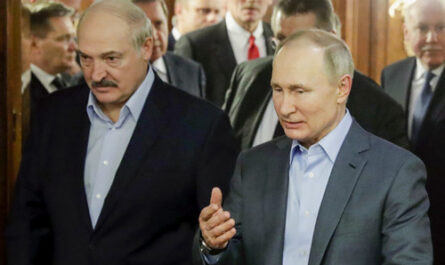 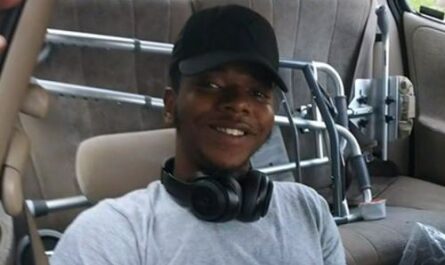