Ivanka Trump has deleted a tweet in which she referred to the mob of President Trump’s supporters violently rioting at the US Capitol building as “patriots”.

On Wednesday, as pro-Trump rioters broke through security barricades and clashed with police to enter the Capitol Building in an effort to reject president-elect Joe Biden’s win, the president’s daughter tweeted: “American Patriots – any security breach or disrespect to our law enforcement is unacceptable.

“The violence must stop immediately. Please be peaceful.”

Ms Trump’s tweet followed one shared by the president moments before, in which he encouraged rioters to “stay peaceful” and “please support our Capitol Police and Law Enforcement”.

Following near-immediate criticism, Ms Trump deleted her tweet, clarifying in a tweet to CNN correspondent Kate Bennett that she meant only “peaceful protest is patriotic”.

“Clarifying, Ivanka Trump, you’re saying these people are ‘patriots’?” Bennett wrote, prompting Ms Trump to respond: “No. Peaceful protest is patriotic. Violence is unacceptable and must be condemned in the strongest terms.”

Ms Trump’s brother Donald Trump Jr also addressed the violent protests on Twitter, where he called the behaviour displayed by the rioters “wrong”. 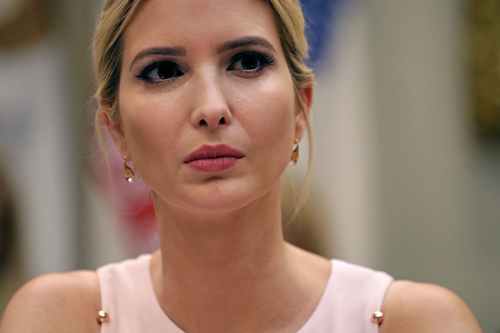 Retweeting a video showing numerous rioters fighting with federal police in front of the Capitol Building, Mr Trump Jr wrote: “This is wrong and not who we are. Be peaceful and use your first Amendment rights, but don’t start acting like the other side.

“We have a country to save and this doesn’t help anyone.”

The condemnation by the president’s son was followed shortly by a tweet from Mr Trump’s lawyer Rudy Giuliani, who used Ms Trump’s language and referred to the rioters as “patriots” while assuring them that they are on the “right side of history”.

After multiple tweets in which he did not explicitly condemn the actions of the violent crowd, the president eventually addressed the rioters and encouraged them to “go home” in a video shared to Twitter.

Reiterating false claims about a stolen election, the president said: “I know your pain, I know you’re hurt, we had an election that was stolen from us, it was a landslide election, and everyone knows it, especially the other side, but you have to go home now. We have to have peace. We have to have law and order.”

The violent riots broke out after thousands of the president’s supporters arrived in Washington, DC, to attempt to stop Congress from confirming the results of the 2020 election. The mob eventually forced an evacuation of lawmakers from the building.

Amid the chaos, which saw tear gas fired and one woman shot,  Washington DC Mayor Muriel Bowser ordered a 6pm curfew as police attempted to regain control of the Capitol.