New Zealand’s prime minister Jacinda Ardern on Friday expressed her frustration about the latest Covid-19 case in the country, hitting out at a KFC worker who “should have” stayed home.

Ms Ardern reminded people that there are “repercussions” for breaking coronavirus-related rules around testing and home isolation.

The latest case of coronavirus was reported on Friday after the person defied home isolation and went to work at KFC Botany Downs, despite being informed that their family member had tested positive for the virus.

The latest case is linked to the Papatoetoe high school, one of New Zealand’s largest high schools located in south Auckland, that had to be shut down last week after two students and two parents tested positive for the virus.

The Prime Minister said on Friday the KFC worker “should have” stayed home, and she’s calling on all the people who need to self-isolate and get tested to do the right thing.

“Ultimately, we’re asking… now that we’re dealing with the fact that that situation arose, for everyone who may have come in contact to do the right thing, to make sure they’re isolating and make sure they’re testing,” Mr Ardern said.

“Like everyone I was frustrated,” said Ms Ardern. “But at the same time one of the things we need is an environment where people can feel like even if they’ve made the wrong choice, even if they’ve gotten tested later than they should’ve, they still do what we need them to do,” she said.

“And if we have a massive pile on that creates an environment where people are afraid to get tested, they may not do what we need them to do. So we have to constantly got to manage that.”

Warning those who don’t adhere to the pandemic norms, she said, “There is a section 70 order,” that gives special power to medical officers to close premises and forbid people from congregating.

“If there is a section 70 order, of course they are obliged. We actually have some legal footing for that and so there are repercussions,” Ms Ardern said adding that she does not want things to come to this but wants people to “do the right thing”.

“That’s how the team of 5 million have been so successful to date,” she said.

The person identified with the coronavirus went to work on Monday, February 22 between 3:30 pm to 12:30 am with about 11 other KFC Staff reported NewsHub.

Ms Ardern expressed her confidence in the contact tracing abilities of the Ministry of Health while reaching out to people who went to KFC, asking them to home isolate and get themselves tested.

According to the New Zealand Herald, the Ministry of Health has been contacted by 1742 people who reported being at the store around the period. 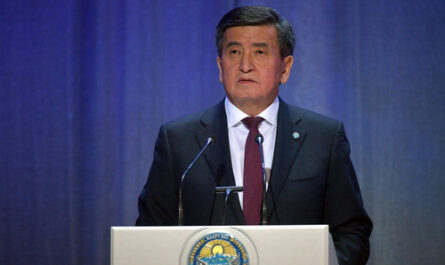