The Yeliseyevsky Food Emporium, famous for its grand interior and rich history, is due to close its doors on April 11 after 120 years of service, store representative Gleb Prostakov said in an interview with RT.

Once a bustling grocery store on Moscow’s main street, the store is now barely functioning as customers wander among half-empty shelves and nervous staff count what is left of its inventory.

“We don’t know anything,” said a woman working at the meat counter when asked about the store closing.

Angela, 59, was loading her cart with discounted china plates and searching on the almost empty shelves for any worthwhile memorabilia to remember the store’s rich history.

“I want to have a souvenir to remember this store by. I’ve been coming here since I was very young,” she told The Moscow Times.

The reasons for the closure are not clear. The store building was owned by the city, which had a contract since 2005 with the supermarket chain Aliye Parusa to run the emporium. In 2015, the city agreed to sell the building to the chain, but that contact has never been entered into the register and remains in limbo. Meanwhile, in 2019 Aliye Parusa closed their stores, leaving just Yeliseyevsky on their books. The pandemic, loss of tourist income and a unsustainable store “concept” are cited by analysts as possible causes of the bankruptcy.

According to Prostakov, the store’s owners couldn’t come to agreement with the city government, which owns the building. For the new contract, “the city wanted to get more, and the buyer wanted to pay less,” he told RT. 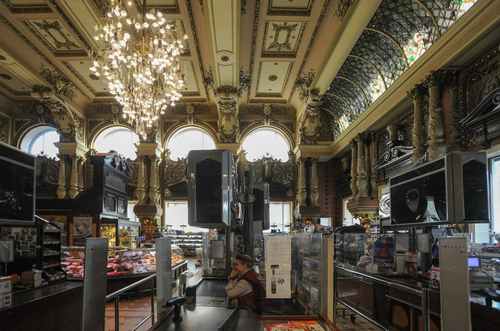 Regardless of the reason, the local customers are shaken by the news. “In all of my 75 years, I have never seen the shelves so bare,” said Valery Mikhailovich, 75, a long-time customer of Yeliseyevsky’s.

“During Soviet times, this was one of the few stores in Moscow where you could buy caviar, even though back then most Soviet citizens like me couldn’t afford it,” Valery Mikhailovich told The Moscow Times.

“I wanted to buy some caviar for my birthday, but there’s nothing left to buy here,” he said as he walked out of the store.

The Yeliseyevsky store was opened in 1901 by the Yeliseyev merchant family, who made their fortune importing fruit and wine into imperial Russia.

The store quickly became one of the most popular stores in Moscow for its luxurious interiors, imported and homemade delicacies and rare wines.

Before the Yeliseyev merchants opened the landmark store, the large classical house belonged to Princess Zinaida Volkonskaya. During the 19th century, her mansion served as a salon and the epicenter of Russian cultural life frequented by musicians, writers and poets including Alexander Pushkin.

The Yeliseyevsky Emporium was nationalized after the 1917 Revolution. After shedding its imperial glamour, it gained some Soviet chic as Gastronom #1 selling delicacies such as caviar, quail, smoked sturgeon and other otherwise unavailable products.

This is not the first scandal to rock Yeliseyevsky’s. In 1983 the store director, Yuri Sokolov, was sentenced to death for corruption.

The Yeliseyevsky family opened another store on Nevsky Prospekt in St. Petersburg, one of the finest examples of Russian art nouveau in the country. It is owned by the wife of Kremlin-linked catering magnate Yevgeny Prigozhin. 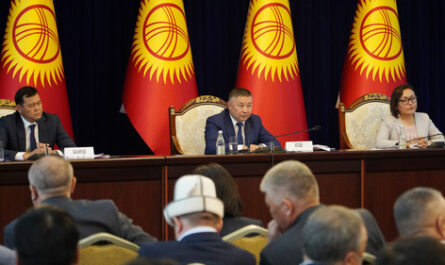