Russia’s Central Election Commission (CEC) on Friday announced it has launched a rapid-response inquiry into the recording.

According to Novaya Gazeta, the recording was made by an unnamed participant in a training session of election workers in the Moscow region city of Korolyov.

In the recording, a woman who Novaya Gazeta describes as a “falsification curator” says that election commissions “are interested in a specific figure and a specific party,” with a target of 42-45% of the vote as allegedly set forward by the Moscow region’s main directorate of territorial policy.

While she doesn’t mention United Russia by name, different ways to assist the ruling, pro-Kremlin party are discussed at several other points throughout the meeting.

The woman then explains how to prepare duplicate electoral lists in order to falsify votes, with one list intended for observers and the other for voters, as well as how to forge signatures. 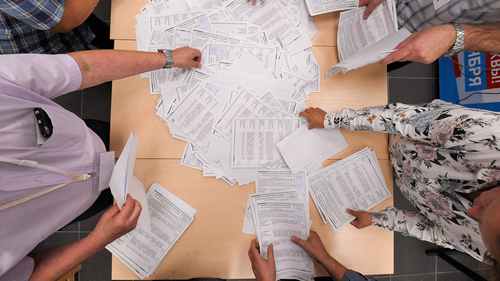 Novaya Gazeta said three independent individuals who listened to the recording identified the woman as Zhanna Prokofieva, an adviser to the head of Korolyov.

“If you do everything competently, then no kind of voting will work, whether it be smart or stupid,” the woman can be heard saying.

Jailed Kremlin critic Alexei Navalny and his allies are urging supporters to follow a “Smart Voting” strategy in the Sept. 19 vote that seeks to unseat United Russia incumbents by rallying support behind the most promising challengers.

United Russia is seeking to overcome historic unpopularity ratings to maintain its supermajority in the State Duma.

The woman can also be heard saying that she was worried about independent observers at polling stations, but that very few people were registered as observers.

The CEC previously announced it would only make live-streams from polling stations available to its own workers and the candidates and political parties running in the elections, sparking criticism. 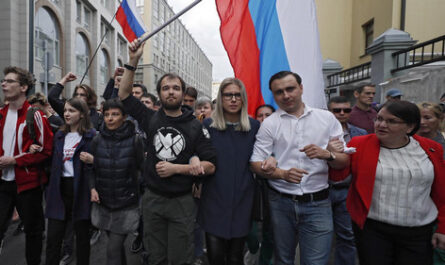