Lebron James told reporters that the decision not to bring charges in the case of Jacob Blake was a “blow to the heart and to the gut”.

Mr James said it wasn’t only a setback to Mr Blake’s community but to “every black person that has been a part of this process and seeing these outcomes for so long”.

29-year-old Mr Blake was shot seven times in the back while walking away from a police officer on August 23 in Kenosha, Wisconsin. Mr Blake survived but is now paralyzed from the waist down.

The Wisconsin prosecutor who declined to file charges said that he couldn’t disprove that the officer shot Mr Blake in self-defence because he was afraid of being stabbed, the AP reported.

The shooting prompted NBA players to refuse to play in protest, with the Milwaukee Bucks, Wisconsin’s only NBA team, boycotting their fifth first-round playoff game against the Orlando Magic, The Independent reported at the time.

With the Bucks leading the charge, player-led protests delayed games across the world of American sports. Players also protested police actions in the case of the deaths of George Floyd and Breonna Taylor.

After Mr James’ Los Angeles Lakers beat the Memphis Grizzlies on Tuesday, Mr James told reporters that the best thing the NBA managed to the while being in the Covid-induced bubble was to “stand together”.

Just over 1,500 players, coaches and staff members entered a bio-secure complex in Bay Lake, Florida at the start of July after the NBA followed other leagues in shutting down operations from 11 March due to Covid-19, The Independent wrote in October.

Wesley Matthews played for the Milwaukee Bucks at the time but has since joined Mr James and his Lakers in LA.

He said “Truly, it’s disheartening,” and that it was “just about right and wrong”.

Anthony Davis, another Lakers players, said: “It sucks. We as a community tried to support the family and do everything we can to get justice for him.” Mr Davis said that “it feels like we let the family down,” USA Today reported.

Ms Loeffler co-owns the WNBA team Atlanta Dream, whose players were on the frontlines of the racial justice protests after the shooting of Mr Blake.

Ms Loeffler has said that she does not support the Black Lives Matter movement that she thinks politics has no place in professional sports.

She has refused to sell her share of the team, CNN reported.

Atlanta Dream player Elizabeth Williams told The New York Times this summer: “When we realized what our owner was doing and how she was kind of using us and the Black Lives Matter movement for her political gain, we felt like we didn’t want to feel kind of lost as the pawns in this.” Israel is an apartheid regime, not a democracy, says prominent rights group 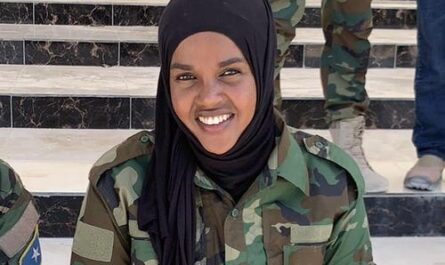