Officials in the republic of Chechnya and the republic of Udmurtia on Wednesday announced that residents would no longer be required to wear face masks in public, becoming the first two regions of Russia to do so. Russia’s consumer health watchdog issued a nationwide mask mandate in October amid surging new infections.

“I have serious concerns about prematurely lifting these restrictions since we are still in the middle of a pandemic,” said Vasiliy Vlasov, a professor of the Higher School of Economics and vice president of the Russian Society for Evidence-Based Medicine.

The two regions said that residents are still advised to wear protective equipment in public places, especially people at high risk of severe coronavirus cases and people who have not developed immunity to the virus.

Vlasov said he hoped that regional leaders “would make decisions based on scientific evidence.”

According to Russia’s national Covid-19 information center, Chechnya has one of the lowest Covid-19 growth rates per day, at about 0.2%, compared to other regions in Russia. 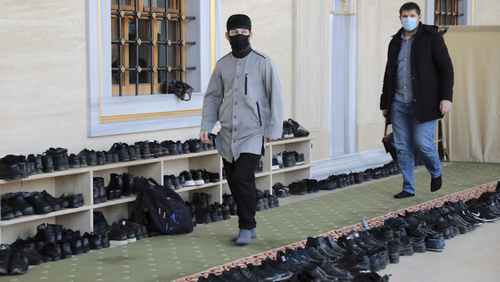 Unlike countries in Europe, Russia has avoided a return to wide-reaching lockdown measures seen at the beginning of the pandemic, citing a need to keep its economy open and relying on its domestically developed coronavirus vaccine.

Less Than 7% of Russia’s Waste Is Recycled – Official Analysis

No more than 7% of Russia’s waste is recycled while the rest largely ends up in toxic landfills harmful to the environment and human health, Russian state auditors have said Tuesday.

Under President Vladimir Putin’s $360 billion National Projects domestic agenda, Russia aims to recycle 60% of its trash by 2030 with the help of 200 new waste-sorting facilities. Since entering into force on Jan. 1, 2019, the trash reform program has been criticized for increasing garbage collection costs instead of streamlining and modernizing the process as intended.

“Analysis showed that, despite the trash reform launched in 2019, the situation in this area still remains dysfunctional,” Russia’s Audit Chamber said in its latest waste management report. 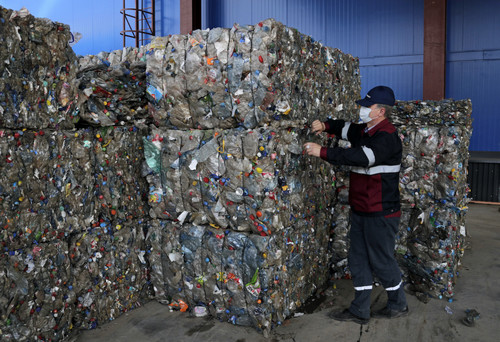 “Recycling does not exceed 7%, while more than 90% is still sent to scrap yards and landfills that often don’t meet the standards of environmental legislation, poisoning the air, water and soil,” the Audit Chamber’s report said.

That figure compares to more than two-thirds of Germany’s waste and more than 40% of France’s waste recycled in 2017.

In its report, the Audit Chamber predicted that state-sanctioned landfills in more than half of Russia’s regions will run out of space by 2024 due to increasing solid waste generation and lack of capacity.

Overall, the Audit Chamber estimated that there were around 8,323 landfills at the time the National Projects were drafted.