Lindsey Graham has claimed that unaccompanied migrant children could become the “terrorists of tomorrow”, during a unhinged rant on Fox News.

Trump-ally Senator Graham said an increase in unaccompanied minors arriving at the US-Mexico border wall, where figures have tripled in recent weeks, would turn into a “national security crisis”.

“It’s a humanitarian crisis,” the senator said, “and eventually it’s going to be a national security crisis because they are children today, but they could easily be terrorists tomorrow.”

The remarks came as Donald Trump said on Tuesday that the country was being “destroyed at the Southern border” by Mr Biden, whose press secretary instead appealed for “humanity”.

White House press secretary Jen Psaki said although the situation was “challenging”, “humanity will always be a value from the President on down”, as she refused to label the situation as a “crisis”.

“The president and this administration’s focus is on digging out of this dismantled inhumane immigration approach of the last administration,” Ms Psaki said on Monday when asked about the border wall.

On Tuesday, the New York Times reported that more than 3,000 unaccompanied migrant children were being held by US Customs and Border Protection (CBP) at the southern border, with the figure tripping in two weeks.

While the Biden administration has appealed for anyone sending unaccompanied children to cease doing so at this time, the influx has created a problem for federal agencies who are struggling to find shelters for the minors.

Civil liberties campaigners — as well as Mr Biden’s opponents — have criticised the border delays, which are believed to have been partially caused by the new administration’s promise to be more compassionate towards migrants.

Ms Psaki added on Tuesday that the Biden administration hopes to increase the number of Health and Human Services (HHS) shelters for children, to relieve the situation. 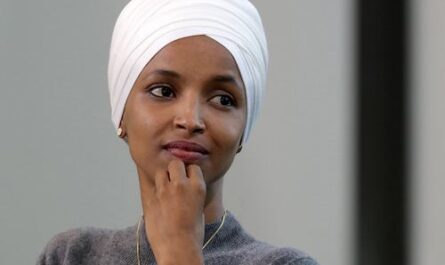