Air quality regulators in Los Angeles County have suspended its limit on cremations to deal with a backlog of deaths amid a deepening Covid-crisis in Southern California. As the number of daily deaths is more than double than that before the pandemic, a public health crisis is being caused by the sheer number of bodies that need to be stored before they can be cremated.

Health officials and the LA county coroner asked for the suspension of the cremation limit because the amount of deaths is “leading to hospitals, funeral homes and crematoriums exceeding capacity, without the ability to process the backlog,” the South Coast Air Quality Management District said.

According to an executive order put out by the South Coast Air Quality Management District’s Executive Officer Wayne Nastri “over 2,700 bodies are currently being stored at hospitals and the Coroner’s office,” as of January 15.

The order also says that “the Los Angeles County Department of Public Health has confirmed that the growing backlog of cremation cases within the county constitutes a threat to public health”.

The order goes on to say: “Another surge is approaching as a result of the New Year’s holiday since deaths tend to occur 4-6 weeks after gatherings.”

The order expires on January 27 but can be extended if it becomes necessary.

The county has so far reported 13,848 deaths and over a million cases stemming from Covid, KABC reported. 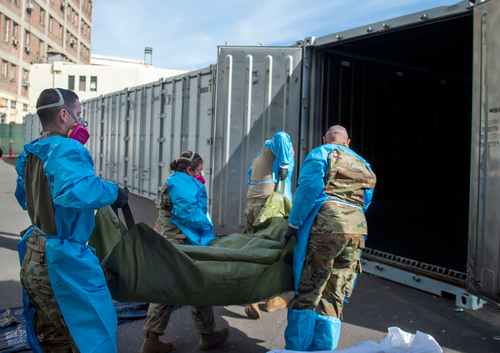 Funeral homes and cemeteries are forced to turn people away, hospitals are working in emergency conditions in the state with people being treated in gift shops and tents. Doctors have to make gut-wrenching decisions as they are forced ration care as hospitals run out of oxygen, effectively making decisions about who might live and who might die. Patients are dying in hospital hallways and dead bodies are piling up because there’s nowhere to store them, according to The Huffington Post.

The burial process that used to take 5-7 days in LA county, now takes at least a month, with families reporting waiting for hours just to speak to someone at a cemetery, according to KABC.

LA country has recently had several days with 200 deaths every day. On Sunday,  KTLA reported that 7,498 people were hospitalized with COVID-19 across LA county, 23 per cent of them were in intensive care.

The county’s Director of Public Health Barbara Ferrer said in a statement:

“Our community is bearing the brunt of the winter surge, experiencing huge numbers of cases, hospitalizations and deaths, five-times what we experienced over the summer.”

The US reported almost 170,000 new Covid-cases on January 17, totalling over 24 million since the start of the pandemic. According to data from The New York Times, 398,000 have died in the US because of Covid-19. 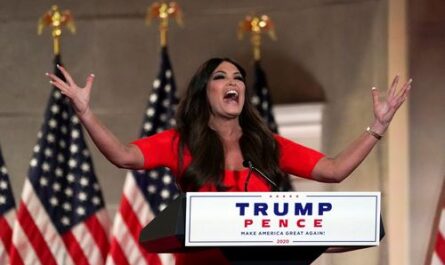