Former President Barack Obama has led congratulations to Senator Kamala Harris on her selection by Joe Biden as his running mate.

Mr Obama released a statement lauding Senator Harris’ career and inspirational life story. He called her an ideal partner for Mr Biden and said that his former vice president had “nailed the decision”.

He said: “I’ve known Senator @KamalaHarris for a long time. She is more than prepared for the job. She’s spent her career defending our Constitution and fighting for folks who need a fair shake. This is a good day for our country. Now let’s go win this thing.”

Fellow primary contender and progressive Senator Bernie Sanders offered his congratulations: “Congratulations to @KamalaHarris, who will make history as our next Vice President. She understands what it takes to stand up for working people, fight for health care for all, and take down the most corrupt administration in history. Let’s get to work and win.”

Former secretary of state Hillary Clinton said she is “thrilled to welcome @KamalaHarris to a historic Democratic ticket” and asked her followers to “please join me in having her back and getting her elected”.

Ms Harris’ colleague Senator Corey Booker was one of many to note the historic nature of the pick: “This is history. Kamala is a trailblazer who will serve this country well as the first Black and Asian American woman on a major party’s ticket.” 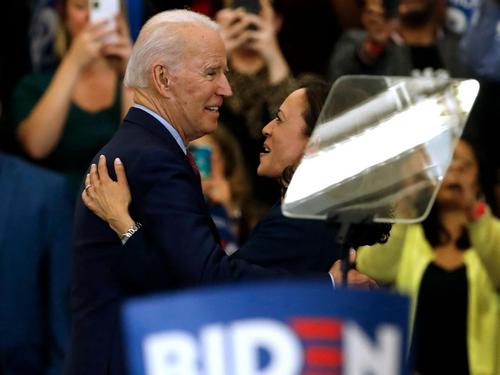 The National Association for the Advancement of Coloured People (NAACP) called the appointment of Ms Harris as Mr Biden’s running mate a “defining moment in US history”.

“This moment is long overdue. For far too long, we have undervalued Black women’s political power and their role in shaping our culture, communities, and country,” said Derrick Johnson, president and CEO of the NAACP, in the statement on Tuesday.

Mr Johnson said that the nation “must not allow coverage of Senator Harris’ historic candidacy to decline into ugly racist and sexist stereotypes and attacks”.

Other contenders for the role gave their congratulations and support to Ms Harris and Mr Biden. Susan Rice said she will support the ticket with all her “energy and commitment”.

Michigan governor Gretchen Whitmer described the ticket as “a fierce team to Build America Back Better”.

Stacey Abrams wrote: “Thrilled to support @KamalaHarris as next VP. I was honored to speak with @JoeBiden at length over the weekend and again today. His focus on reaching out to every corner of our country speaks to how he will lead us. I look forward to doing all I can for Team #BidenHarris!”

Michael Bloomberg, former mayor of New York, tweeted: “The best executives know that you’re only as good as the team you build. It’s a lesson that clearly escaped our current president.”

He added: “But @JoeBiden just showed he gets it: @KamalaHarris is a smart choice who will be a strong partner in the White House.”

Donald Trump’s former communications director Anthony Scaramucci lauded the search process and announcement by the Biden campaign, noting it is an exciting day for America.

He said: “Perfectly-managed VP search and announcement by Team Biden. Trump campaign only muster an incoherent statement – they have no message in this race. Biden-Harris is progressive but not extreme. An exciting day for America.” Is Tom Brady a Trump supporter? 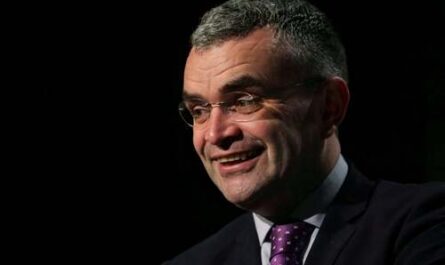