Hurricane Laura blasted 150mph winds along the Gulf of Mexico as the storm strengthened close to a Category 5 approaching landfall along the Texas and Louisiana coasts, where residents are bracing for destructive winds and life-threatening surges with waves as high as two storeys.

The National Hurricane Centre clocked sustained winds of 150mph with even-stronger gusts as the storm gathered strength over the Gulf on Wednesday night.

Weather officials delivered an ominous forecast of an “unsurvivable” surge with “large and destructive” waves as high as 20 feet along the coast, and as far as 40 miles inland, that could “cause catastrophic damage”.

“In the five years I’ve been governor, I don’t believe I’ve had a press conference where it was my intention to convey the sense of urgency that I am trying to convey right now,” Louisiana Governor John Bel Edwards said during a Wednesday briefing as he urged residents to make immediate and final storm plans. “Our state hasn’t seen a storm surge like this in many, many decades.”

A dire warning on Sunday told Louisiana residents that they have “until nightfall” to finish preparing for the storm or making plans to evacuate. “Wherever you are when it gets dark is where you should plan to be for 72 hours,” message alerts told residents.

After noon on Wednesday, text alerts warned Louisiana residents that “if you’ve been told to evacuate, do so now.”

Evacuation orders were in place in Texas and Louisiana for roughly 500,000 people, while buses of residents from western Louisiana headed to New Orleans, on the hurricane’s eastern track.

The National Oceanic and Atmospheric’s Storm Prediction Centre issued a tornado watch extending across Louisiana and southeastern Texas, effective until 8am EST.

A storm surge warning also is in effect along the central Texas coast to the mouth of the Mississippi River in southeast Louisiana, while hurricane-force winds are expected along the Texas and Louisiana coasts through Thursday. 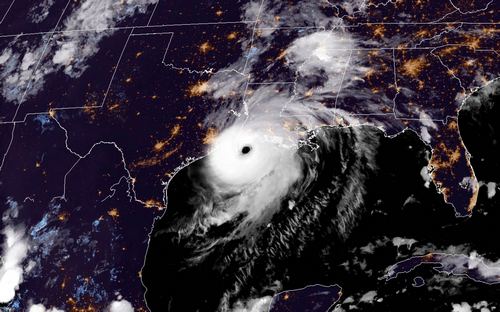 Areas to Laura’s east and in its direct path will see the highest storm surges, while the National Hurricane Centre warned an “unsurvivable” surge could hit southwest Louisiana and its border along the upper Texas coast.

“Widespread” flash floods are expected in streets and waterways from eastern Texas into Louisiana and Arkansas, the Hurricane Centre reported.

Portion of Interstate 10 in Louisiana were closed from Lake Charles to Lafayette.

Laura is tracked to make landfall as a Category 4 with 140mph winds as the eye of the storm moves north towards Arkansas along the Texas and Louisiana borders.

The region has been battered by storms that have intensified with the climate crisis, with the erosion of protective marshlands, barrier islands and protective tree lines compromised by brackish water intrusion, while shipping lanes carved out by industry have stripped lines of defence from powerful storms.

The hurricane is threatening a centre of the US energy industry, and 84 per cent of Gulf oil production and an estimated 61 per cent of natural gas production has been shut down, with close to 300 platforms evacuated. 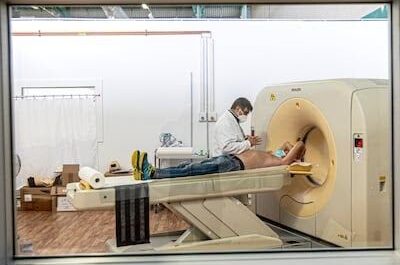