A number of the most influential people on the planet gathered to attend the secret Bilderberg meeting, which began on Thursday.

They will discuss the most pressing issues, including the issue of Russia, free trade and the world of post-truth.

Political leaders and experts in industry, finance, academia and the media attended the annual conference, which takes place this year in Turin from Thursday to Sunday.

The organizers of the Bilderberg meeting confirmed that so far 131 participants from 23 countries participated in the meeting. This year’s guest list includes: President of the World Economic Forum Börge Brende, CEOs of Airbus, DeepMind and Total, as well as Mark Carney, head of the Bank of England, and Michael O’Leary of Ryanair. The meeting will be led by French businessman Henri de Castries, who also chairs the organization’s “steering committee”.

It is worth noting that there are no Russians among the invited, although Grigory Yavlinsky and Lilia Shevtsova were invited to past meetings of the Bilderberg Group. Anatoly Chubais attended the meetings twice: from May 14 to 17, 1998 (meeting of the Bilderberg Club in Turnbury, Scotland) and in 2012. In 2011, Alexey Mordashov, the head of Severstal OJSC, took part in the club’s work. In 2015, the only Russian invited to the meeting was economist Sergei Guriev, who has been living in France since 2013.

The main topics discussed this year were published by its organizers on Wednesday. This gave an idea of ​​what is considered the most pressing problems in global affairs: 1. Populism in Europe.

2. The problem of inequality.

5. The United States in anticipation of the midterm elections.

Problems such as the growth of anti-establishment policies and populism in Europe, persistent inequality, Western relations with a resurgent Russia and Saudi Arabia, and Iranian power are constantly being discussed. Others, such as the rise of artificial intelligence and quantum computing, reflect the uncertainty in humanity’s relationship with technology.

Nevertheless, the list is dominated by politics and geopolitics, as well as topics from Russia, the Middle East, US world leadership and the domestic political situation ahead of the midterm elections in November. President Donald Trump’s arrival at the White House abolished the old way of doing politics and announced a policy of renegades in power.

The scandals associated with allegations of the massive use of social media in order to influence elections are also associated with blurring the line between real facts and fiction. Consequently, the world of post-truth will be one of the issues that the Bilderger Group will discuss.

The post-truth policy at the Oxford English Dictionary in 2016 was defined as a policy that “denotes circumstances in which objective facts have less influence on the formation of public opinion than emotions and personal conviction.”
Correct word: discretion.

The organizers state that the Bilderberg Assembly, founded in 1954, is an annual event designed to “foster dialogue between Europe and North America.”

About two-thirds of the participants come from Europe, the rest from North America. About a quarter of the representatives are members of political and government circles, the rest are from other areas, the organizers said in a statement on Wednesday. As always, caution is needed.

This conference is a forum for informal discussions of major issues of concern to the world. Meetings are held in accordance with the Chatham House Rule. It states that participants can use the information received, but neither identity information nor speaker status should be disclosed.

The organizers said that due to the private nature of the meeting, “the participants have no pre-agreed positions.” “Thus, they can spend time on perceiving information, reflecting and processing it. No preferred result, no protocols and reports. In addition, no resolutions are proposed, no political statements are made, ”they explained.

Participating in the meeting has long been synonymous with membership in the elite, so a frequently asked question is how the Bilderberg Assembly is funded.

The organizers said: “The annual contributions of the steering committee members cover the annual expenses of the secretariat. The budget of the secretariat is limited to the cost of the meeting. The cost of living during the annual meeting is borne by the members of the host committee. Arrival is by invitation only, no admission fee is charged. Participants pay their own travel and accommodation expenses. ”

The fact that over the past 60 years the meeting of government representatives, heads of large banks, energy companies, defense concerns, the largest media in Western countries does not leave an aura of secrecy, paranoia and speculation does not add fans to the Bilderbergs. Each meeting of the club is doomed to misunderstanding and disapproval rather than any positive reaction from the public. 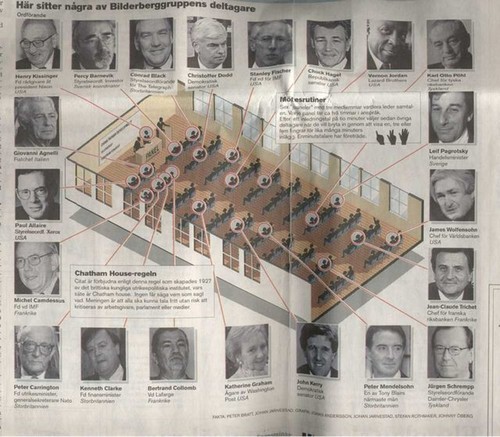 “Founded in 1954, the Bilderberg Conference is an annual meeting designed to establish dialogue between Europe and North America. Each year, about 120–150 political leaders and experts from various sectors are invited to attend the conference. About 2/3 of the delegates are in Europe, the rest are from North America. About 1/3 are politicians and government officials. ”

“These meetings do not have the desired outcome in advance, their contents are not recorded, and no reports are prepared based on their results. Moreover, no decisions are proposed, no voting takes place, and no political statements are made. ”

Daniel Estulin, author of the acclaimed bestselling book “Who rules the world, or the whole truth about the Bilderberg Club”, describes the meetings as “meetings of a shadow world government … threatening to take away our rights to independently manage our destinies, creating an alarming reality.” “Imagine a private club where presidents, prime ministers, bankers and generals communicate closely, where people who wage wars and influence markets say what they never dare to say publicly,” he emphasizes.

The vast majority of Bilderbergs represent the interests of global capital. They are not accountable to the populations of countries. At the same time, they discuss issues that directly concern many people, develop the “Bilderberg” line, which will suit primarily the companies, banks, industrial groups and larger conglomerates that they work for. One way or another, this is really one of the existing prototypes of the “gray” world government, which no one has chosen and whose decisions have a significant impact on the fate of the world. 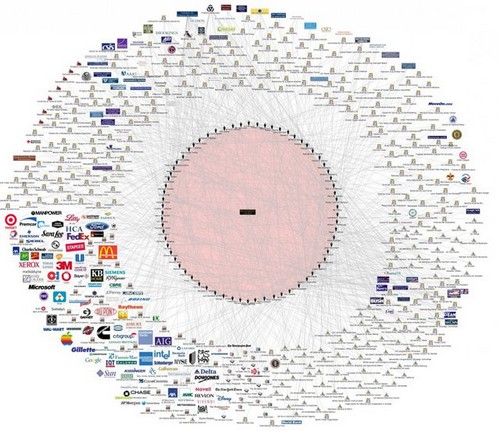 Companies and groups of companies represented among the members of the Bilderberg Club. Infographic: WSJ

Persuading the need for “transparency” and “inclusiveness” of the business and authorities of other countries in managing and making decisions, the participants of the Bilderberg Club themselves set a rather dubious example.

As long as the supporters of unlimited globalization, trade unions with classified conditions and closed elite clubs continue to play such games, it is hardly surprising that they remain far from the people, many of whom perceive them not only as people, but and including as active accomplices of one whose “greatest trick is that he convinced everyone that he did not exist.” 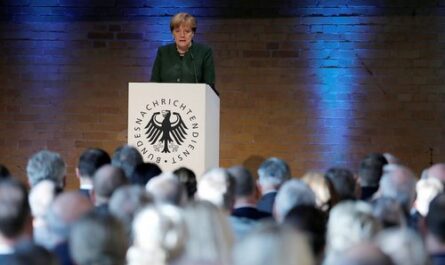 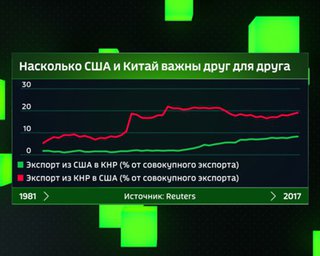 Is China stealing intellectual property from the USA? 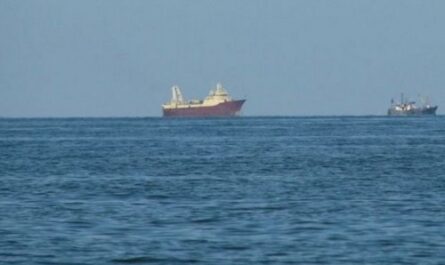 The crisis in the Sea of Azov