From the state monopoly on the sale of alcohol to the absence of serious restrictions – approaches to alcohol consumption in European countries vary widely. DW has key facts and trends. According to World Health Organization (WHO) estimates, alcohol sales in Russia continue to decline. If in 2011 each Russian on average drank more than 15 liters of pure alcohol per year, then in 2016 – 11.7 liters. This is less than, for example, in Germany (13.4 liters) or France (12.6), not to mention the world record holders for alcohol consumption – Moldova (15.2) and Lithuania (15).

In recent years, the Russian authorities have been trying to combat drunkenness by tightening legislation: you can officially buy alcohol in a store until 23:00, and drinking alcohol is prohibited on the street. In addition, at the beginning of 2018, the State Duma introduced a bill to increase the age limit for the purchase of alcohol from 18 years to 21 years.

Meanwhile, in the EU countries, the use of alcoholic drinks is different. It often turns out that tough measures do not always help in the fight against alcoholism. So what are the rules in Europe?

The most severe restrictions remain in the Scandinavian countries. In contrast, for example, from the Mediterranean region, in northern Europe, strong drinks are traditionally in demand, which are consumed irregularly, but in large quantities. It is believed that such a model of alcohol consumption often leads to the development of alcoholism, and also causes injuries and accidents. Similar trends are observed in Eastern Europe.

In the Scandinavian countries, the monopoly on the sale (and in the case of Norway and Iceland – and production) of alcohol belongs to the state. Such a system has been maintained here for many decades. In Norway, alcohol can be purchased at Vinmonopolet chain stores, in Finland – Alko, in Sweden – Systembolaget. At the same time, strong drinks are sold only to people over 20 years old. In all of the above countries, time restrictions apply: for example, in Sweden you can buy alcohol from 10 am to 6 pm on weekdays and until 15:00 on Saturday. On Sunday, the shops are closed.

Norway: 30 euros per bottle of vodka

In addition, the region has set extremely high taxes on alcohol. For this reason, for example, in Norway, the price of alcohol is about 2.5 times higher than the average European price: 0.7 liters of Absolut vodka will cost about 30 euros here. This forces many Scandinavians to buy alcohol in neighboring Latvia and Estonia, where alcohol is much cheaper.

Nevertheless, it is believed that tight control over the distribution of alcohol in the region has achieved its goal: the Scandinavian countries are still drank little. According to the WHO, in 2016, alcohol sales in Norway amounted to 7.5 liters, and in Sweden and Iceland – about 9 liters of ethyl alcohol per capita. At the same time, restrictive measures as a way to combat drunkenness enjoy wide public support here. According to a study conducted in 2012, 44% of Norwegians do not consider alcohol prices in the country to be excessively high, and 85% believe that alcohol can still be bought relatively freely.

Many Finns are against tough restrictions

In turn, the inhabitants of Finland are by no means so positive. Many people believe that drinking alcohol is a private matter for everyone, and the state monopoly on the sale of alcohol is an excessive state interference in their personal lives. Initially, Finland also had severe restrictions on the sale of alcohol, but in 2004 many of them were lifted under public pressure. In particular, Alko stores began to work on Saturday, prices for spirits were reduced by 30%.

Experts say that this negatively affected the situation in the country: as a result, the Finns began to drink more strong strong drinks, the mortality rate from illnesses directly related to drinking increased significantly, and the number of crimes committed while intoxicated increased. According to WHO estimates, Finland currently accounts for 10.7 liters of pure alcohol per capita: approximately one liter more than the European average.

Lithuania is the most drinking country in the European Union

Meanwhile, Lithuania became the record holder for alcohol consumption in the EU – as noted in a WHO report, in 2016 this figure was 15 liters of alcohol per person. According to official figures, about 700 people die annually from diseases related to alcohol abuse in Lithuania: this is a big figure for the republic, whose population does not exceed 3 million people.

Since 2018, the Lithuanian authorities have declared war on drunkenness. Since January 1, the time for selling alcohol has been reduced in stores – on weekdays and Saturdays it can only be bought from 10 a.m. to 8 p.m., and on Sundays – only until 3 p.m. The country also completely banned the advertising of alcohol, raised the excise tax, and also increased the age barrier when buying alcohol from 18 to 20 years.

Critics of the “anti-alcohol package”, however, doubt the effectiveness of such measures: in their opinion, this will only contribute to the growth of the illegal alcohol market. And the tax increase has now led to the fact that Lithuanians buy alcohol in neighboring Poland – you can buy alcohol there, starting at the age of 18, and at much lower prices.

It is worth noting that very stringent restrictions apply in neighboring Latvia: there you can buy alcohol in a store only until 22:00, and drinking alcohol in public places is strictly prohibited. It is curious that, for example, in Germany – one of the most drinking countries in Europe, this is usually not forbidden: you can safely sit on the street with an open bottle of beer. At the same time, you can drink beer, wine and champagne here from the age of 16.

However, the relationship between strict rules and the level of alcohol consumption is far from always evident. Despite tight controls, over the past decades, alcohol consumption in the Scandinavian countries has generally increased. At the same time, in the Mediterranean region, where such measures are absent, they began to drink significantly less. For example, in 1955 in Finland there were less than 2 liters, and in Italy – 12 liters of pure alcohol per capita.

Now, things are exactly the opposite: in 2016, the average Italian drank only 7.5 liters per year – this is as much as 3 liters less than in Finland. At the same time, the downward trend in Italy still persists – as noted in a recently published study, between 2006 and 2014, alcohol consumption decreased here by 23 percent.

In recent years, Italy has somewhat tightened anti-alcohol legislation – including restrictions on alcohol advertising and increased the minimum age for buying alcohol from 16 to 18 years.

The authors of the study, however, argue that this is not the main reason why alcohol consumption has decreased in the country. The decline was due to the fact that in Italy, where many grapes are traditionally grown, less wine is drunk. And this is mainly due to a change in the lifestyle of Italians: if earlier it was customary to drink several glasses of wine at dinner slowly, now because of the busy schedule, the inhabitants of the country usually have little time for a break, so you often have to do without alcohol drinks. In turn, legislative restrictions played a much smaller role in this, experts conclude. 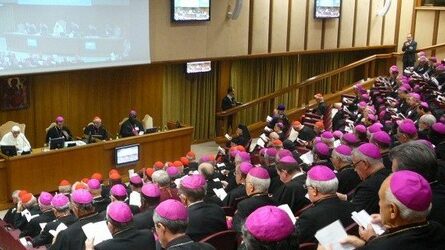 France is ready to accept refugees 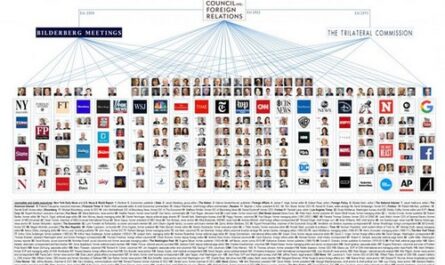 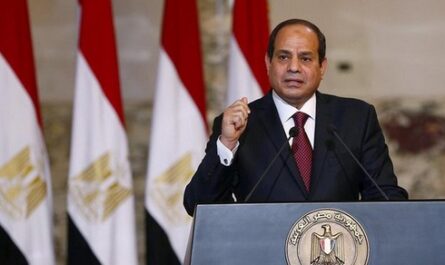