British Prime Minister Theresa May unveiled a one-year plan to support the Irish border after Brexit, trying to find a compromise that could settle the differences in her government, reports Reuters.

Cabinet May published a plan for a temporary customs arrangement. This plan denies a return to tight customs controls on the border between the British province of Northern Ireland and EU member Ireland.

Instead, it is assumed that Britain will remain linked to the EU customs union after an almost two-year transition period if there are any delays in the conclusion of the Brexit deal.

The British government also said in a document that it was awaiting a Brexit deal by the end of December 2021.

Michel Barnier, EU negotiator for Brexit, welcomed the publication of the proposal, but said that the support plan should not harm the EU single market and customs union.

According to Vesti.Ekonomika, it was previously reported that the United Kingdom could grant Northern Ireland joint status as a member of the UK and the European Union so that the country could freely trade with both, trying to break the deadlock in the Brexit negotiations. 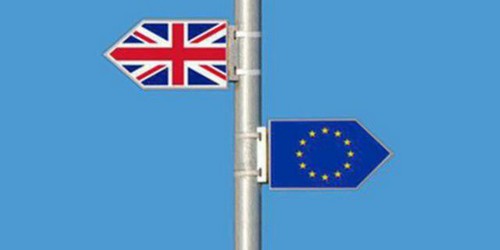 The idea is to create a 16-kilometer trade buffer zone along the border for local merchants, such as dairy farmers, after Britain leaves the block, an agency source in diplomatic circles said.

This plan is one of several discussed, but it may not be offered to the European side, the official said.

The inspiration for the double regulation system was taken on the example of Liechtenstein, which can simultaneously work both in Switzerland and in the European economic zone.

EU business needs trade, not a lesson to London

Half of the EU’s large companies are cutting back on British investment ahead of Brexit, according to a survey of 800 businessmen conducted by Baker & McKenzie. 3/4 of respondents are sure that Brussels should make concessions to London in order to ensure good trade conditions in the EU after 2019. 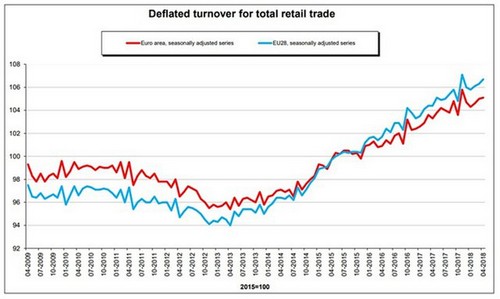 96% of European business respondents surveyed said that maintaining trade is much more important than the lesson the EU wants to teach the UK about Brexit. Moreover, 2/3 of respondents believe that the parties should conclude a free trade agreement. Almost half are in favor of the customs union.

Many European companies express concern that London and Brussels still have not agreed on the terms of cooperation after Britain left the EU. So, in the German industrial group BDI they said that now the kingdom is “moving towards a promiscuous Brexit”, which will have disastrous consequences. French Airbus warned that leaving the European Union without a deal would force the aircraft manufacturer to reconsider its long-term position, which would endanger thousands of British company employees.

Earlier, BusinessEurope, the European business federation, called on the British authorities to maintain as many EU rules as possible after Brexit, in order to narrow the gaps in trade and supply chains.

Meanwhile, according to the press service of British Prime Minister Theresa May, Reuters reports that the kingdom government is confident that it will be able to conclude a good trade deal, while preserving as free and comfortable conditions as possible. Negotiations should be held on the eve of the EU summit on June 28-29.

The President of the European Commission, Jean-Claude Juncker, announced the need to restore relations between Europe and Russia, and also called for an end to the demonization of the Russian Federation.

The EC head said this at the conference “Re-energising Europe – Now!”, Held in Brussels on May 31. In the course of answering the questions after his speech, Juncker, in particular, stated that Europe (“we”, taking into account the theme of the conference – approx. Ed. ) Should restore relations with Russia, despite the existing differences and differences:

“I think we should restore relations with Russia. I am not very happy with the state of our relations with Russia. We will not accept what Russia has done in Crimea and Eastern Ukraine. But, nevertheless, it must be borne in mind that the entire area of ​​the European Union is approximately 5.5 million square meters. km The area of ​​Russia is 17.5 million square meters. km What questions can there be?

Therefore, I think that we should return, I would not say normal relations with Russia, but there are so many areas and areas in which we can better cooperate in research, innovation and others. Not forgetting about our differences and discrepancies. But this demonization of Russia must stop. ”

The checkpoint changed the schedule 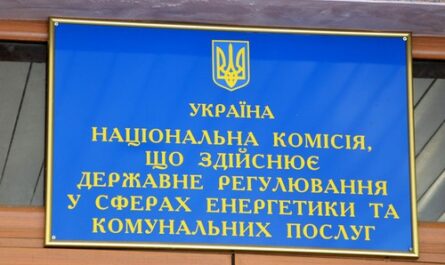