Recent domestic political events in Iran have surprised many observers and analysts. In the past, political groups in a country tended to unite in the face of external pressure. This time, however, the reaction to US sanctions was an escalation of internal tension, including calls for impeachment of President Hassan Rouhani, who is known for his moderate views.

Of course, one can explain the level of internal tension and hostility by the factional paradigm, but the coincidence of these events with major shocks in the country’s foreign exchange market, including the devaluation of the rial to an unexpected and unprecedented level, indicates the influence of other factors.

Numerous statements by Rowhan and his ministers regarding the possible publication of the names of organizations that received significant amounts in hard currency at the official exchange rate indicate the political aspects of the current confrontation. In other words, there are signs that the ongoing economic crisis in Iran is a direct result of domestic political shifts that are overlooked in the West due to an excessive emphasis on external factors such as sanctions.

Iranian President Hassan Rouhani has achieved re-election for a second term. A convincing victory is already in the first round, surpassing its own performance in 2013. Although many political observers did not rule out the second round of the presidential election. 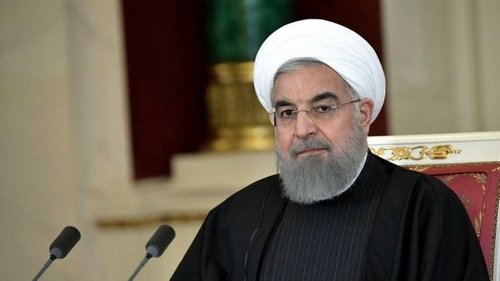 Two interconnected internal processes must be understood: the resistance of a number of interested groups who believe that Rouhani’s reforms after the conclusion of the nuclear deal undermine their interests, and internal competition for determining Iran’s future international course, writes an economist and managing partner at a Vienna-based consulting firm in Al Monitor. Atieh International Bijan Hajehpur.

The second of these processes explains why Foreign Minister Mohammad Javad Zarif recently found it necessary to comment on internal tensions, saying that “internal cohesion” is more important than bread and water at this stage.

However, it is also clear that those circles that fuel the current economic crisis, creating artificial demand for hard currency, care little about the welfare of the economy and sacrifice national interests for their own political goals. Thus, it is important to try to determine which interest groups feel the greatest threat from Rowhan’s reforms and how they put pressure on the government.

In Iran, as in other countries, business and political interests often overlap. So, for example, the Islamic Coalition Party was originally an Association of traditional traders (or “sellers in the bazaar”). A few decades ago, the organization became a political party and today is actively involved in negotiations with the government. The Union of Industrial Manufacturers is another example of a group of business interests that has grown into a political entity.

In most cases, the political presence of the business community is not so noticeable (only the two above-mentioned organizations are an exception), but the events of the last two decades, primarily the imposition of external sanctions and growing internal corruption, have strengthened the interdependence of politics and business.

In addition, a number of parastatals belonging to military, religious and revolutionary foundations represent a different level of fusion of political and business interests. These groups have their own clear interests, and they should work in an economy where the government remains a key player due to its monopoly on oil and gas revenues, and therefore the main supplier of hard currency.

It is clear that in such conditions the real private sector is in the shadows and each of the mentioned interest groups (as well as the government) create their own spheres to take advantage of the country’s huge economic potential.

This mode of operation is possible only if interests are distributed on the basis of an opaque and informal political culture. This culture flourished amid decades of external pressure, and often secrecy and opacity were exposed as a legitimate and necessary way to overcome international sanctions.

At the same time, anyone who called for increased transparency and accountability was isolated through arrest and persecution. Consequently, cases of large embezzlement of public funds have become commonplace and even considered an integral part of the culture of opacity.

Rowhani’s decision to conclude a nuclear deal with world powers, after which international sanctions were relaxed, as well as his steps to ensure transparency and accountability, were in clear conflict with this culture.

The reform process began with increasing transparency of government spending and the distribution of funds between various organizations. Government organizations are now required to release the recently closed inside information. In parallel, the administration introduced the changes necessary to restore the connection of the country’s banking sector with the global financial system.

Corrupt circles naturally perceived such openness very negatively. Businessmen, officials, leaders of the Islamic Revolutionary Guard Corps and many others were afraid that the disclosure of their illegal activities and true selfish interests would undermine their credibility in Iranian society. And here it is important to emphasize that corrupt interests are not limited to one faction or a specific group.

In this context, Rouhani’s recent request to all ministries to publish the names of individuals and legal entities that received hard currency at the official exchange rate can be seen as a tool to further fight groups that oppose government policies.

One recent example of an attack on the government was a statement by Asadollah Badamchyan, a high-ranking member of the Islamic Coalition Party, calling on Rouhani to apologize to the people, resign and hold early general elections, as “a conservative president will rule the country much more effectively.” In this regard, anti-government protests in the territory of the “Big Bazaar” in Tehran also seem not accidental.

The Supreme Leader of Iran, Ayatollah Ali Khamenei, reacted to the aggravation of the political situation. On June 27, in his speech, unexpectedly for many, he asked for greater transparency and assistance to the administration. Thus, Rouhani received extremely important support from Khamenei and can continue his reforms at least in the near future and actively fight corruption.

The checkpoint changed the schedule 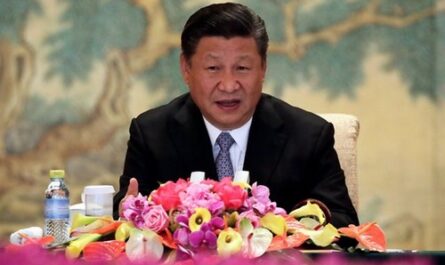 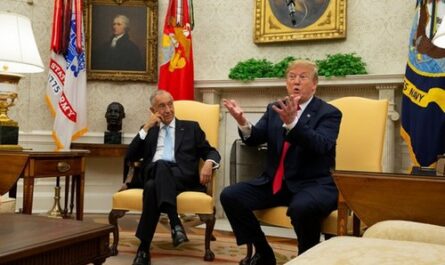