Russia’s annexation of Crimea and the support of terrorists in eastern Ukraine became the basis for Germany to increase defense spending.

This statement was made by German Chancellor Angela Merkel.

“The challenges facing NATO have radically changed in recent years,” she emphasized.

In particular, the Chancellor specified that after Russia’s annexation of Crimea and Moscow’s support for terrorists in eastern Ukraine, it’s important for NATO to “focus on defending the Alliance.”

“For this it is necessary to carry out certain activities, for example, by being present in the countries of Central and Eastern Europe,” the Chancellor added.

Patrushev: the threat of destabilization due to Ukraine remains in Crimea

Secretary of the Security Council of the Russian Federation Nikolai Patrushev noted the continued threat of destabilization of the socio-political and socio-economic situation in Crimea because of Ukraine.

During a targeted retreat in Sevastopol, Nikolai Patrushev noted that the “destructive intentions” of the Ukrainian authorities, as well as Ukrainian nationalists and terrorist groups banned in Russia, remain as threats to the Crimea.

The Head of the Security Council of the Russian Federation also noted the risks in the field of migration in connection with the activities of criminal groups to legalize the stay of foreign citizens in Crimea:

“Threats to destabilize the socio-political and socio-economic situation persist. They are primarily associated with the destructive aspirations of the current political power of Ukraine and especially with the aggressive activities of Ukrainian nationalists who do not accept the will of the peoples of Crimea to reunite with Russia.

In addition, the radical leaders of the Mejlis of the Crimean Tatar people (banned in the Russian Federation), while abroad, express their readiness for provocative actions, including the commission of sabotage and terrorist acts. These factors also contribute to the growth of crimes of a terrorist nature and extremist orientation. 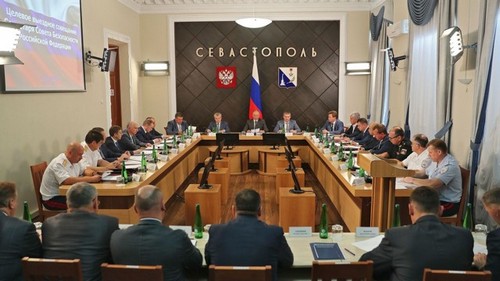 I cannot but note the continuing threats in the field of migration that are caused by the activities of organized criminal groups specializing in document forgery, using fraudulent schemes to legalize the stay of foreign citizens in Crimea. ”

Crimean bridge and a slap in the face to Putin: Borovoy explained the meaning (video)

The Crimean bridge for the President of Russia Vladimir Putin means the expansion of the “new Russian empire that he built.”

This opinion was expressed by Russian opposition politician Konstantin Borovoi.

According to him, “when the Federation Council called Crimea Russia, it was strong. But after no one recognized this, it looked like a slap in the face. ”

“But after this bridge was built, for Putin it became a symbol of unity, a symbol of empire expansion. Very important, ”the politician is convinced.

“The whole world is mocking him about his imperial ambitions and actions, but in this way he is trying to prove to Russia and everyone else that he, despite the resistance and protests of the West and Ukraine itself, is building a bridge,” said Borovoy.

At the same time, he is convinced: “Putin’s descendants will have to demolish this bridge for crazy money, for the money of Russian taxpayers, because it was built illegally.”

In Ukraine, the words of US Special Representative Kurt Walker, who arrived in the Donbass, that the allegedly occupied territories could no longer be returned to Ukraine, were misinterpreted.

This was stated in the commentary on the channel “112 Ukraine” by military expert Oleg Zhdanov.

He believes that the diplomat’s statement is related to translation difficulties.

“I think that is exactly how it was. We misunderstood Kurt Walker or the maximum that he wanted to say that it is very difficult for Ukraine today to return these territories independently. And with the help of the United States, we have a chance to return them through the diplomatic and political path. Not through military confrontation. ”

Zhdanov explained that such a statement could speak of new steps to resolve the conflict in eastern Ukraine.

“Kurt Walker quite widely commented on the veto right of Russia that if Russia uses the veto right in the UN Security Council to resolve the conflict in the Donbass, it will show that Russia is the only country in the world that opposes the resolution of this conflict. Therefore, I think that if Kurt Walker has such statements, then somewhere near the UN a draft resolution is being prepared on the introduction of peacekeepers in these territories. ”

In Russia, predicted the collapse of the Crimean bridge

The Crimean bridge, which was built to connect the Krasnodar Territory of the Russian Federation with the occupied Crimea, will collapse after the first natural disaster.

“The geological conditions in the Kerch Strait are such that nothing can be built there. There is such a thing as building codes that cannot be violated. Until 2017, these SNIPs indicated that the construction of arch bridges in seismic areas, to which Crimea belongs, is possible only on a rocky basis. And here are semi-solid Maykop clays that do not hold the load, ”he said.

Medovar called the decision to build the Crimean bridge a purely political move.

“This bridge – I’m just afraid that everything will be up to the first natural disaster, and then it will be possible to put an end to it. He is a purely political decision. Not economic and not expedient, ”the scientist said, adding that in the place where the Krymsky bridge was built“ there is everything ”: from geothermal problems to ice freezing. 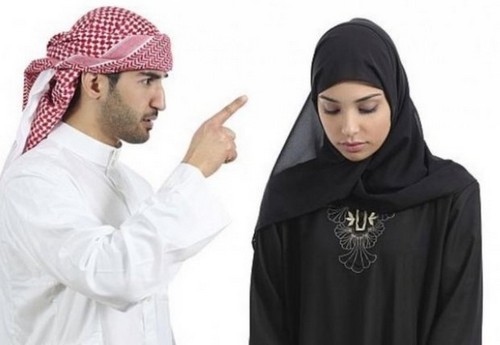 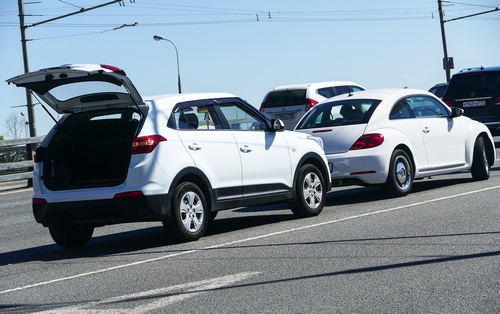 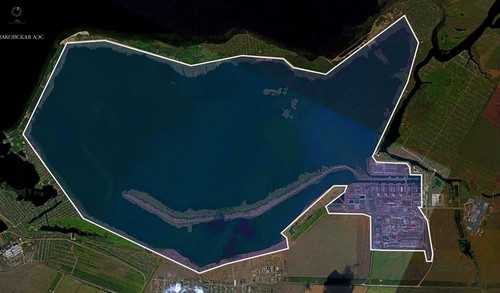 Around the nuclear power plant created a safety zone