The Verkhovna Rada of Ukraine approved in the second reading the bill “On National Security”. DW has the basic principles and significance for the development of Kiev’s relations with NATO. 248 deputies voted for the presidential bill “On the National Security of Ukraine” on Thursday, June 21, with the minimum required for their adoption in 226. The document was developed for three years with the support of experts from NATO, the EU and the USA. Deputies were in a hurry to approve him before the next NATO summit (to be held in July), so that Ukrainian President Petro Poroshenko had something to go to Brussels.

“This is a historic day since an important document has been adopted, here is a new philosophy for managing the security sector. It will give Ukraine the opportunity in July to get an action plan for NATO membership. If we fulfill it, then our diplomatic and political partners have the responsibility to integrate Ukraine into NATO, ”said Ivan Vinnik, secretary of the Rada’s National Security and Defense Committee.

The bill stipulates that Ukraine’s spending on security and defense should be at least 5% of GDP, with 3% only on defense. It also describes a new system for ensuring national security and the powers of each of its entities.

Thus, the leadership in the field of national security is carried out by the president, who is the supreme commander in chief. He brings to the Rada the idea of ​​declaring war and decides on the use of the Armed Forces in the event of military aggression against the country.

In addition, the president announces full or partial mobilization, decides to impose martial law in the country or in its individual regions in case of threat of attack or danger to state independence. The bill clarifies the powers of the president to lead the National Guard through the General Staff during martial law.

The document approved by the deputies also provides for the division of the post of chief of the General Staff and commander in chief of the Armed Forces. Now it is combined by one person – Victor Muzhenko. In addition, starting next year, the Minister of Defense of Ukraine and his deputies will be appointed from among civilians. Experts have many comments on this innovation.

Even before the second reading of the law, the Reanimation Reform Package and the Independent Anti-Corruption Committee on Defense (NAKO) indicated that the requirements for a civilian defense minister should be clearer. But the deputies did not heed these recommendations.

“It is good that the Minister, his deputies and the Secretary of State of the Ministry of Defense will be civilians, but this is very conditional. After all, the wording in the bill that has been voted will not allow us to effectively implement this plan, since it allows the military man who left the service to be appointed the next “civilian” Minister of Defense, ”Viktor Plakhuta, an expert on national security and defense of the Resuscitation Package of Reform, explained to DW.

In addition, the supported bill provides for civilian control of the security and defense sectors – public associations can receive relevant information from government bodies. But not all. “Unfortunately, there will be no shifts in accountability to taxpayers when spending money on security and defense. There was no obligation for the government to revise the state secret law in the final clauses. Closed purchases of military equipment remain, ”complained Plahuta.

Deputies and public organizations had a lot of comments regarding the powers of the SBU. Parliamentarians from a number of factions demanded that this special service be deprived of its unusual functions in the field of economics and the fight against corruption. According to them, the new law enforcement agencies (NABU, SAP, SBR) already have such powers, and the SBU, as noted, now uses these functions for its own mercenary purposes.

“SBU employees who today work in the so-called departments of the” economy “and” anti-corruption “are those whom businessmen primarily accuse of raiding and racketeering,” said Vitaliy Shabunin, chairman of the anti-corruption center. But the Rada did not support these changes. Ivan Vinnik, secretary of the parliamentary committee on national security and defense, explained that the powers of SBU employees are already clearly spelled out. 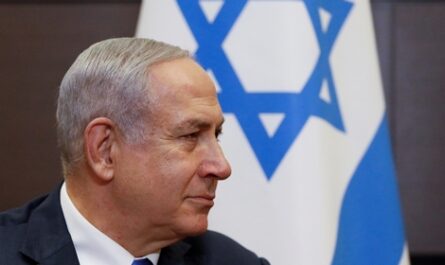 Russia has something to answer to American sanctions