The three-day forum on security issues in Eastern Europe ended on Friday, May 25 in Minsk. Experts from different countries discussed ways to restore mutual trust and reduce tensions. The conference “Eastern Europe: in search of security for all”, held May 23-25 ​​in Minsk, did not and should not provide ready-made solutions to resolve the acute regional conflict in the Donbass . The goal was different – the search for a common denominator between the new centers of power in the erosion of the international security system built after the end of World War II. “During these three days, whoever swore by the Helsinki Accords!”, Said Sergey Markedonov, an expert at the Russian Council on Foreign Affairs, when summing up the forum.

The opinion of the conference participants regarding the initiative of the Belarusian president, known under the code name “Helsinki-2”, was divided, but most consider it unrealistic.

“Now there is a dramatic situation where the old is intertwined with the new … We are looking for recipes for the future in the past, so there are Helsinki-2, Minsk-3,” explains Vladimir Fesenko, head of the Penta Center for Applied Political Research. In his opinion, it is hardly possible to create an interstate ’Helsinki-2’ site, but a non-governmental expert venue of this kind may be successful.

The expert of the Jamestown Foundation, Vladimir Socor, warned the Belarusian side against trying to implement the idea of ​​reforming the OSCE with the goal of endowing the organization with mechanisms to guarantee security. “We cannot repeat Helsinki,” the American expert is sure. According to him, large states will counteract this, therefore this goal is not achievable and counterproductive.

He was opposed by Russian expert Markedonov, who suggested that the Minsk forum deal with unrealistic projects too – then the discussion horizon will be wider.

Belarus – on the mental map of the world

But the opinion of Vladimir Socor that the goal of the Minsk Dialogue should be to put Belarus on the mental map of people who make decisions on a planetary scale, apparently, received the full support of the forum participants.

Former British representative to NATO, Sir Adam Thompson, addressing the organizers of the conference, said: “It was necessary to put Belarus on the world map. Congratulations, you did it! ”

Need a structural dialogue between Russia and the West

Samuel Charap of the American corporation “Rand” drew attention to the fact that Russia and the West mutually accuse each other of aggressiveness, and consider themselves in a defensive position, which prevents dialogue. The expert stated that when there is mistrust, continuous negotiations should be conducted.

In turn, the head of the regional office for cooperation and peace in Europe of the Friedrich Ebert Foundation (FES) Reinhard Krumm (Reinhard Krumm) recalled the initiative of the 2016 German chairmanship in the OSCE – a structural dialogue within the OSCE with weekly meetings of representatives of the EU, Russia, the United States. “It’s very difficult to lie to each other if you often see each other,” Reinhard Krumm pointed out.

Small countries complain about the egoism of large

In an interview with DW, Laurinas Yanavicius from the Institute of International Relations and Political Sciences of Vilnius University expressed the opinion that the dialogue between Russia and the West has not yet succeeded – the parties only said to each other: “you are wrong.” Nevertheless, the Lithuanian expert considers such attempts at dialogue useful, especially for the Belarusian side, which thus pursues the goal of ensuring its own national security.

However, Laurinas Janavicius is skeptical about the potential of small and medium-sized countries. According to him, this is especially indicative, “when you hear how big countries relate to these initiatives, especially when they talk not with small countries, but among themselves.”

Valery Voronetsky, head of the Permanent Commission on International Affairs of the House of Representatives, former Deputy Foreign Minister of the Republic of Belarus, expressed his opinion in an interview with DW that “for small countries, first of all, it is important that international law works effectively, the UN, the OSCE ensure compliance with this international law.”

The parliamentarian complained about the national egoism of large states, which primarily think about their own interests, which led to an imbalance in the mechanisms of the post-war world order. “International law is often violated, the UN and the OSCE sometimes do not cope with the challenges that confront them. Therefore, today we all need to sit down and return to the roots, ”said Valery Voronetsky.

The forum “Eastern Europe: In Search of Security for All” was attended by 350 experts and officials from more than 40 countries. According to the head of the Minsk Dialogue non-governmental expert initiative, Evgeny Preigerman, it was decided to make this forum annual. 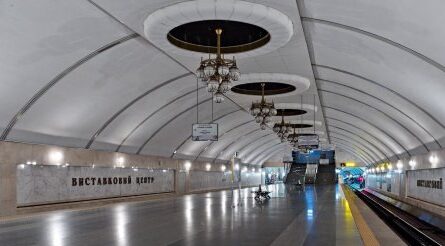 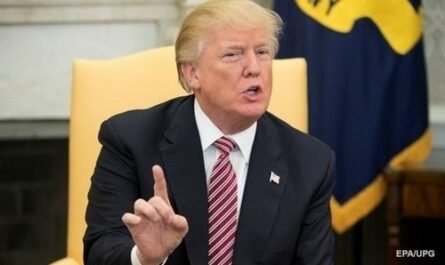 A meeting with Kim Jong-un can still take place 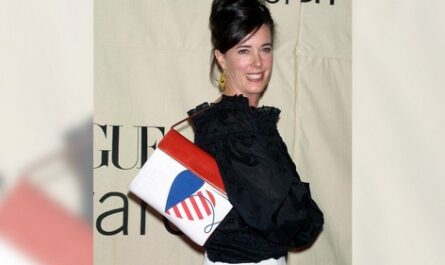