Donald Trump can safely claim the Nobel Peace Prize if he manages to achieve nuclear disarmament of the DPRK. But his goals at the summit are significantly different from what Kim Jong Yim hopes for. The Singapore Summit between the US President and the North Korean leader is important due to the fact that there have never been such interstate contacts. It can become truly historic if, during the negotiations, concrete results are achieved on the demilitarization of the Korean Peninsula. However, the goals set by the negotiators vary widely, and the question of whether it will be possible to achieve a breakthrough or bring positions closer at the Singapore summit remains open. Not least, due to the unpredictability of the behavior of the main negotiators.

The United States, as Washington has repeatedly stated, will do everything possible to stop the North Korean nuclear program. Forcing the cessation of nuclear weapons of Pyongyang is the goal of the entire world community. It should be a complete, controlled and non-repeal of the cessation of nuclear weapons production and its further destruction.

The main interest of the United States in the negotiations is, first of all, in the elimination of nuclear inter-ballistic missiles (ICBMs) that can reach the coast of America. To control Trump, international experts will need access to ICBMs and nuclear test sites. Independent experts can become a stumbling block in negotiations. Kim Jong Yim does not like publicity in this matter, and even the widely publicized destruction of the Pungeri nuclear test site was not invited by experts, but by selected journalists. Such behavior raises legitimate concerns in Washington.

“We had eight international agreements in the past with North Korea, when they first promised never to create nuclear weapons, and then promised to abandon weapons that they promised never to build, and all failed. We hope this will be different this time, but I think we should look at things realistically, ”said Bruce Klingner, a former deputy head of the CIA’s North Korea department.

If a decision on denuclearization is reached, the United States intends to consider easing the sanctions regime against Pyongyang.

What does Pyongyang want

The DPRK also speaks of a desire for disarmament, but they see this process differently. The matter should go, Pyongyang believes, about the gradual and synchronous disarmament of both sides. That is, in parallel with the liquidation of its nuclear potential by North Korea, the United States must withdraw its troops from the territory of South Korea. In addition, Kim insists, the United States must provide certain guarantees that they will not attack North Korea after the country has completed nuclear disarmament.

What are the interests of Russia and China

Both demilitarization of the region is important for both Moscow and Beijing, however, it is believed in both capitals that it cannot be one-sided.

The position of Russia was quite clearly formulated by the former chief of the General Staff of the Strategic Missile Forces, Viktor Yesin. In his opinion, the denuclearization of the Korean Peninsula is possible only on the basis of a “double freeze” policy – the suspension of nuclear and missile tests in the DPRK on the one hand, and the refusal to conduct large-scale US-South Korean exercises, on the other.

The fact that Moscow will not leave Pyongyang is also evidenced by the first visit of the head of the Russian foreign affairs agency Sergei Lavrov to the DPRK in nine years. He stated the need for a cautious and gradual approach to negotiations on the denuclearization of the Korean Peninsula. According to the minister, it is necessary to resist the temptation to demand “all at once until tomorrow.” Lavrov also advocated the gradual lifting of sanctions against the DPRK, in exchange for Pyongyang’s renunciation of nuclear weapons.

China also stands for bilateral steps to defuse tensions from both the DPRK and the United States. The last weeks before the summit were marked by numerous visits by senior Chinese politicians to North Korea. Beijing, on the one hand, would like to end the US military presence in South Korea dangerously close to its borders. On the other hand, the sanctions imposed by the international community against the DPRK are unprofitable for China, so Beijing is trying to convince the North Korean leader of the need for compromises.

What to expect from the meeting

According to the expert from the South Korean Institute Sejong Jong Sen-chan, the negotiations can be announced to end the Korean War of 1950-1953, and a corresponding peace treaty is signed (China and South Korea must also sign in addition to the USA and DPRK).

The head of the East Asian Studies Institute at the University of Vienna, Rudiger Frank, does not rule out a breakthrough on other issues either – in particular, it is possible to conclude a non-aggression agreement, exclude the DPRK from the list of countries sponsoring terrorists, and partially lift the sanctions. Regarding the issue of disarmament, the expert emphasizes that even if negotiations are successful, it can only be about the beginning of a long process.

A similar opinion is shared by the President of the German Federal Academy for Security Policy, Karl-Heinz-Kamp (Karl-Heinz Kamp). In his opinion, even if the DPRK is ready to part with its nuclear potential, it will take 15 years to create an effective system of control over Pyongyang’s fulfillment of its obligations. 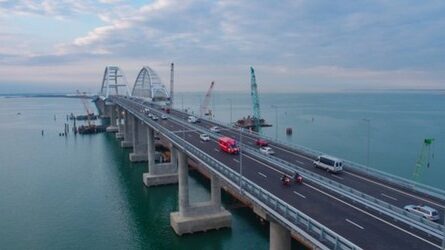 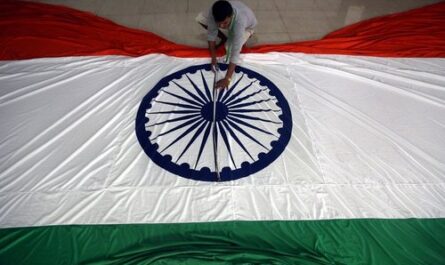 Europe disagrees with US sanctions on Iran