The ruling coalition’s party partners, Angels Merkel, accused the chancellor of inaction in connection with the scandal at the Federal Office for Migration and Refugees. The German Social Democrats (SPD), the CDU / CSU bloc partners in the ruling coalition, accused German Chancellor Angela Merkel in discovered violations in the work of the Federal Office for Migration and Refugees (BAMF). “Merkel is trying to avoid her responsibility,” said party deputy chairman Ralf Stegner in an interview with Die Welt, published Monday night, May 28.

Merkel “is silent, does nothing and wants to wait until the situation with the BAMF is resolved,” said Stegner, who demanded that the Chancellor “immediately investigate” the violations that were discovered. Despite the fact that since 2013 the Social Democrats have been members of the government led by Merkel, Stegner believes that the responsibility for the work of BAMF lies only with the CDU / CSU block, since since 2005 only members of the block have become heads of the Ministry of Internal Affairs.

The BAMF scandal began with reports of possible corruption in the Bremen branch of the organization. The German Ministry of Internal Affairs has confirmed information about serious cases of abuse of power in this branch. The former head of the branch and a number of its employees are suspected of having unlawfully granted about 1,200 applications for asylum in Germany over the course of several years.

The Bremen branch of BAMF, according to the results of the verification of 4568 cases on the examination of asylum applications, deliberately went to violate the law, the Interior Ministry said. “The credibility of the quality of asylum proceedings and the reputation of the Bremen center is largely undermined,” said German Minister of the Interior Horst Seehofer. Later it became known about violations in other regional branches of BAMF.

The new Foreign Minister of Germany Mas has noticeably tightened the line of Germany in relation to Russia. This was not liked by all his party members from the Social Democratic Party. At a meeting of the SPD foreign affairs board on Monday, May 28, the leaders of the Social Democrats intend to call for a more intensive dialogue with Russia. “A return to a closer partnership is in the common interest of Germany and Russia,” said Premier Mecklenburg-Western Pomerania Manuela Schwesig in an interview with the Die Welt newspaper released Monday.

Deputy Chairman of the Bundestag Thomas Oppermann (Thomas Oppermann) in an interview with the same publication stated that ongoing dialogue is “an important tool in dealing with difficult partners.”

For his part, Brandenburg’s Prime Minister Dietmar Woidke, in an interview with the newspapers of the media group RND (RedaktionsNetzwerk Deutschland), said: “We must get out of the spiral of escalation. This is the only way that can lead to success. Tanks that either drive up or drive off on both sides of the borders will not help. ”

The Foreign Minister of Germany, a member of the SPD, Heiko Maas, for the first ten weeks of his tenure, tightened his course towards Moscow, which provoked a negative reaction among many Social Democrats, the dpa agency notes. Mas, in particular, accused Moscow of aggression in Ukraine and of increasingly hostile behavior. This was not liked by the forces in the SPD who still favor the policy of rapprochement initiated by Willy Brandt (Willy Brandt) with the then Soviet Union and the Warsaw Pact states.

Russia’s ambassador to the Federal Republic of Germany, Sergei Nechaev, however, expressed the opinion that Mas’s recent visit to Moscow has eliminated problems that irritated relations between Russia and the Federal Republic of Germany. “We, of course, have read and noted Mas’s previous statements. However, I believe that now the atmosphere has become positive again, ”he said in an interview with dpa.

Nechaev noted that during talks with Russian Foreign Minister Sergei Lavrov, Heiko Mas concluded a number of agreements “in the best traditions of bilateral relations.” “Mas’s visit was constructive and businesslike, such expressions as“ hostility ”or“ enmity ”were not used,” the Russian ambassador added. 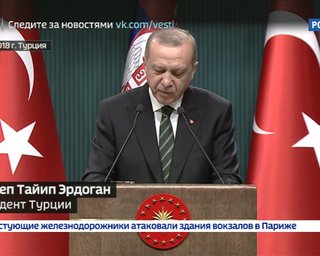 Why is Italy a far greater threat than Turkey? 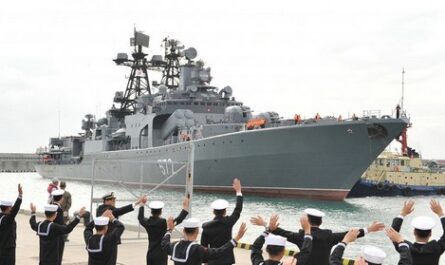 Admiral Vinogradov invites Russian citizens to a tour in Pattaya 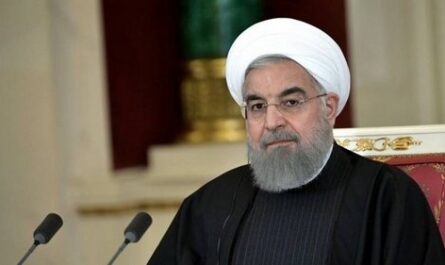