Near Novosibirsk, special forces exercises of the Central Military District were held. The military held classes to capture the leader of the conditional bandit group in the forest.

The exercises took place on July 4

Classes of special forces took place on July 4 at the Shilov training ground.

“According to intelligence, the special forces found out the route of the truck, which was the leader of a group of conditional terrorists. Having set up an ambush, the military carried out the destruction of the driver and disabled the vehicle. Then the special forces seized the leader of the bandit group and delivered it to the command in order to obtain information about the actions of conditional terrorists, ”the press service of the Central Military District said, without specifying how many people participated in the exercises.

According to the plan of the training, a detachment of militants advanced behind the captured leader of the bandits. Special forces from the cover group ambushed them and destroyed the pursuers. 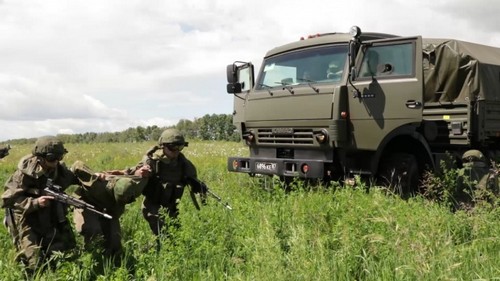 During classes, special forces practiced hostage-taking in the forest 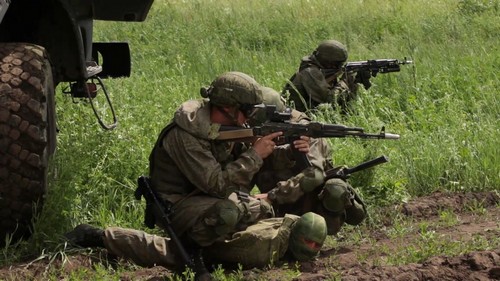 In May, near Novosibirsk began large-scale gatherings of the military of the Central Military District. For the first time, the military will work out the “Syrian rampart” method in Siberia, which is used in the fight against jihad mobiles – pickups equipped with machine guns and mortars.

Novosibirsk scouts went to mass gatherings with shooting and drones

The military has to master new types of weapons

“The military will have to master the skills of camouflage when performing combat training missions, possession and use of weapons and military equipment, which entered the units in 2018, using reconnaissance communications Sagittarius, Fara radar stations and the latest PSNR-8 systems. Scouts will also fulfill the standards for shooting from small arms, ”the press service of the Central Military District said.

The press service of the Central Military District noted that during the training camp special attention will be paid to the use of combat experience gained during the hostilities in Syria. In addition, the interaction between intelligence and unmanned aerial vehicle operators will be tested.

At the final stage of the camp camp, exercises and competitions for the title of best scout, driver and arrow will be held. 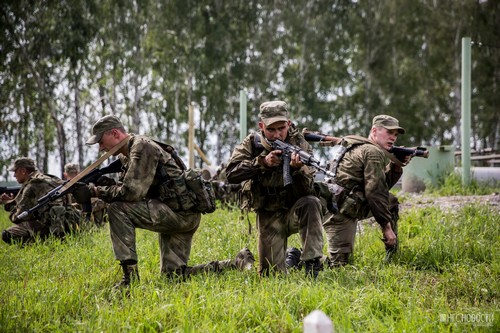 Reference: The 41st Combined Arms Red Banner Army is the heir to the 41st Army of the USSR Armed Forces. In its present form, exists since July 27, 1998. In 1998–2010, the army was part of the Red Banner Siberian Military District. Since 2010 – as part of the Central Military District of the Armed Forces of Russia. In 2011, the army participated in the Center 2011 exercises. The headquarters of the 41st Army is located in Novosibirsk.

At the end of May, the military first worked on the territory of Siberia for the “Syrian rampart” method, which is used in the fight against jihad mobiles – pickups equipped with machine guns and mortars.

The military was taught to fight jihad mobiles near Novosibirsk

Fees will last until the end of the week. Photos from the NHS archive

Near Novosibirsk, large-scale gatherings of the military of the Central Military District began. For the first time, the military will work out the “Syrian rampart” method in Siberia, which is used in the fight against jihad mobiles – pickups equipped with machine guns and mortars.

According to the press service of the Central Military District, more than 150 people and over 100 pieces of equipment take part in the training camp. Fees will last until the end of the week.

“The Syrian rampart is an earthen embankment that covers tanks when firing. Special vehicles or targets that will play the role of jihad mobiles will be equipped. Jihad mobile is a general concept, these are cars on which machine-gun turrets or mortars are mounted, ”the correspondent of the NHS was told in the press service of the Central Military District. 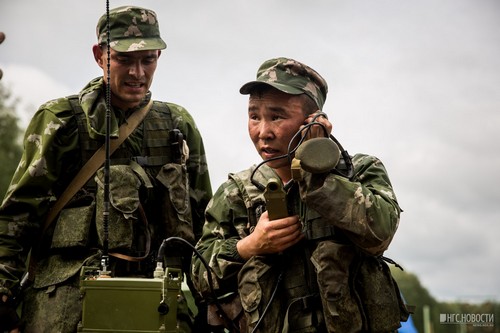 Major General Andrey Mordvichev, chief of staff of the 41st combined arms army, leads the training camps. In addition to the “Syrian rampart”, the military will demonstrate a new technique for blocking a settlement captured by a conditional enemy. In addition, the military will practice loading military equipment onto railway platforms. 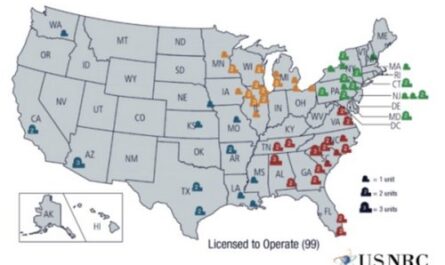 Nuclear industry on the verge of destruction 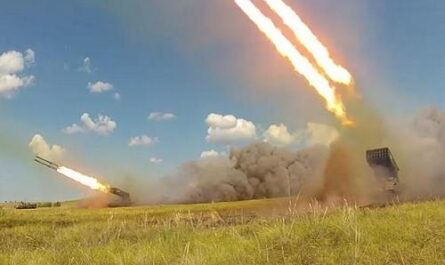 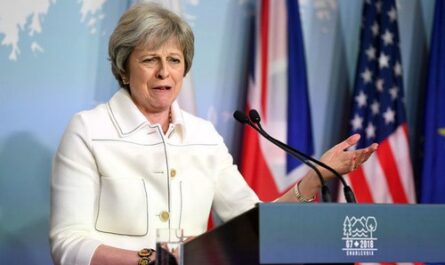