The final point in the history of membership in the CIS may be the starting point for starting the formation of a predictable policy of the country.

The President of Ukraine announced the country’s withdrawal from the Commonwealth of Independent States. Or, to be precise, he emphasized that the country has never been a member of the CIS. Petr Alekseevich at the Kiev Security Forum on April 12, 2018 asked the Cabinet of Ministers to stop participating in the statutory bodies of the Commonwealth. A month passed – nothing happened.

After the ego, the president publicly announced at least twice (in Bykovna and at the Days of Europe in Vinnitsa) that he had signed a decree on the recall of Ukrainian representatives from the CIS statutory bodies.

He talked about the date of May 19, but as of the morning of May 22, there is still no document on the website of the guarantor of the Constitution. There are about awards, about scholarships, about the recall of representatives from the CIS statutory bodies – no.

It turns out strange – it seems that we are not participating in the work of the CIS, but Ukraine is among the founders of this structure, there are representatives in the statutory bodies, if you look at the CIS regulatory framework, then under the fifty thousand international agreements within the framework of the Commonwealth there is a signature of the Ukrainian president or prime minister. Today we are talking about leaving the CIS, the first person in the country twice refers to this as an instruction to the government and as a direct order in the form of a decree, but there is no document in the public domain.

It is strange, since the basis for the actions of the state machine is the signed and put into effect document, not words. The decree (if it does not concern state secrets) is published, as is the law published. Otherwise, it is impossible to understand exactly what the president gave the order, how much it corresponds to the version voiced in the media. 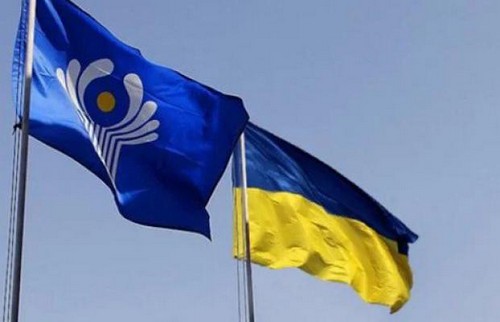 Some kind of hybrid solution is obtained – we are leaving the structure where we did not enter, but at the same time, orders for this are not yet publicly available.

Let’s get it together.

WHAT IS THE CIS AND WHERE IS THE PLACE OF UKRAINE

The Commonwealth of Independent States was created by signing the relevant document by the leaders of Belarus, Russia and Ukraine. On December 8, 1991, the Agreement was signed in Belovezhskaya Pushcha, and on the 10th, it was ratified by the Verkhovna Rada of Ukraine. Later, a number of states that arose on the wreckage of the USSR decided to join the CIS. On December 21 of the same year, the Alma-Ata Declaration was signed, by which most of the acceding states were also called the “founders of the Commonwealth.” Ukraine has signed a declaration.

In 1993, the CIS Charter was developed and signed, which Kiev signed but did not ratify. However, this does not play any role, since:

Thus, nothing prevented the participation of the Ukrainian side in the work of the CIS. Ukraine continued to act as the founder of the Commonwealth. The official authorities in Kiev used a dual position for their domestic political goals. For the “right” audience, they only announced the status of an observer, but not a member of the CIS. For the public nostalgic for the USSR, we were the founding state and the participating state. The last wording (participant, but not member) was used in the documents of the CIS itself. It should be noted that in addition to our country, Turkmenistan chose the same algorithm of action for itself, where the Commonwealth Charter was also not ratified.

Since there were no obstacles to the participation of Ukraine in the coordinating structures of the CIS, official representatives of Kiev worked in Minsk. Presidents and prime ministers have signed many international agreements within the Commonwealth. The general regulatory framework contains more than 2,000 agreements and contracts, most of which are signed by the Ukrainian representative.

But, despite the large number of signed documents, the role of the CIS has long been minimized. The reason is the different target designation of different states. At the initial stage, almost all participants considered the existence of the Commonwealth as a way to maintain economic ties, getting rid of political dictatorship. Given that Russia was the largest participant economically and territorially, the format of interaction can be defined as an attempt to benefit from maintaining access to the domestic market of the Russian Federation without any political risks.

In the mid-late 90s, the Kremlin tried to fill the structure with a different meaning, which can be defined as “Russia and its zone of influence”, but no one wanted to strengthen the role of the Commonwealth. Further, the differences between the countries and the different vector of their development only accelerated the events.

As of the beginning of 2009, after the war in Georgia, the CIS finally turned into a structure, participation in which was, rather, nominal and symbolic, because:

Despite the above, the participating states were in no hurry to leave the Commonwealth. On the one hand, this could be negatively perceived by part of its own population, on the other, there was a fashion for “unification” in world politics, and the CIS did not interfere much. There was also a “Russian” factor – the Kremlin could painfully take such steps and resort to the usual method of dialogue in the form of an economic war. There was no point in causing a conflict if the Russian Federation could not influence through the CIS.

WHY THE EXIT OF UKRAINE IS IMPORTANT

Let us return to the question of Ukraine. The influence of the CIS on Ukrainian politics and the economy is extremely small, but the decision to leave may be negatively perceived by part of the population. However, such a step is necessary.

On the one hand, this is a demonstration that the country is striving to leave the “Russian zone of influence”. The political declaration of the Ukrainian government, a message to the public and external partners.

On the other hand, a break with the CIS allows you to save money and time – the participation of Ukrainian representatives in the bodies of the Commonwealth required financing, no one canceled membership fees (although Ukraine did not list its part in recent years). In the end, regular useless meetings between presidents and prime ministers took time even in case of refusal to participate in them – it was necessary to “consider the invitation and send an answer”.

But the most important thing is different: the final point in a hybrid history with membership in the CIS can be the starting point for starting a normal, predictable Ukrainian policy:

(For example, in a language conflict with Ukraine because of a new law on education, Hungary appeals to the Treaty on Good Neighborhood and the Basics of Cooperation between the Hungarian Republic and Ukraine, ratified in 1992. And this document, article 17, upholds the declaration “on the fundamentals of cooperation between the Ukrainian SSR and the Hungarian Republic of 05/31/1991, and in fact gives it the status of an interstate agreement. Here, in this second document, there is an interesting article under number 12, which refers to religion. But in the words “may be right … hello right … , including sanctuary, my native land “, the Ukrainian side forgot to clarify” health message, including * religious message. “The spirit of the document clearly speaks about freedom of conscience, the letter – about education (without indicating religious or not) in Hungarian, Western language.into which young Ukrainian diplomacy fell).

With this approach to evaluation, further actions to terminate cooperation with the CIS will be indicative. First, a document should appear, about which the president spoke so colorfully. And then the “journey from the CIS” will only begin – it will be necessary to review hundreds, if not thousands, of agreements signed within the Commonwealth. If necessary, negotiate with partners and conclude new, bilateral or multilateral agreements, on new conditions. This is not a quick way, because a significant part of the documents contains a norm on an early (most often for a year) warning of exit. And here, alas, if signed and ratified, it is necessary to comply.

In any case, I very much hope that in May 2019, the President of Ukraine will be able to say, without a loss of heart, “the epic with hybrid participation in the CIS is completed. We have withdrawn from the last treaty signed within the framework of the Commonwealth. ” 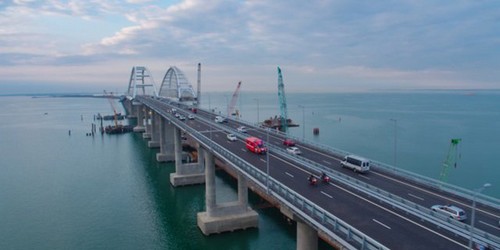 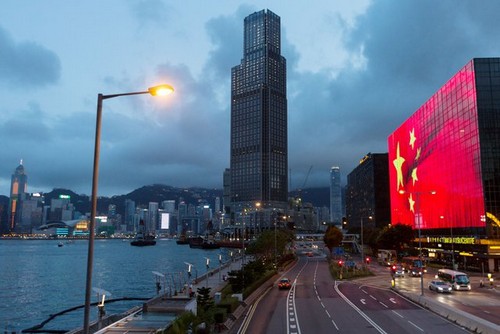 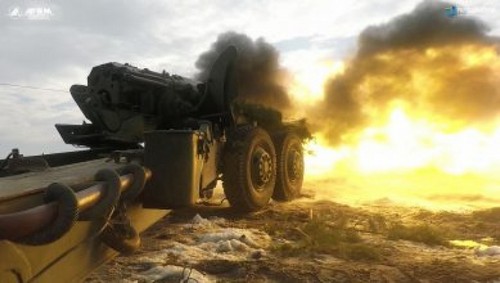