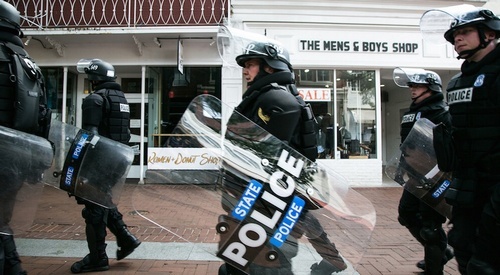 Russia’s Embassy in the United States has dismissed claims that Russia played a role in fanning racial tensions at a violent white nationalist rally held in Charlottesville, Virginia one year ago.

Russia-based social media accounts have been implicated in purchasing ads with politically divisive messages on Facebook ahead of the 2016 U.S. presidential elections. Some accounts continued to publish around the time of the Aug. 12, 2017 white nationalist rally in Charlottesville, where one counter-protester was killed.

Senior FBI officers allegedly told a briefing of U.S. officials that “Russian inter-meddling had to do with fomenting the flames of what happened in Charlottesville,” Representative Tom Garrett told CNN.

“There is no evidence [of Russia’s role in Charlottesville] just like there is no proof for other, but similarly absurd accusations against Russia for interfering in U.S. domestic affairs,” the Russian embassy said in a statement on Facebook Monday.

The diplomatic mission mocked its “irresponsible” American colleagues, and predicted that the U.S. would also blame Russia for a far-right gathering in Washington, D.C. over the weekend that was dwarfed by counter-protesters.

“It is easier to shift the blame, rather than tend to domestic problems, confirming that 150 years after official abolition of slavery the U.S. is not past its racial tensions,” the embassy concluded.

Potanin, Gref and Vardanyan are thinking about business in Russia