After describing his idea, Esteban said, “Sounds familiar right? Except I was thinking tracking, not budgeting, a big difference as it turns out.”

Esteban Varela Cartin is a 32-year-old software engineer who lives with his wife, Sara, a government employee, in San Pedro, Costa Rica.

Ever since he was old enough to get an allowance, Esteban has been an enthusiastic saver, which is why he got into the habit of tracking his spending. At one point, he even considered developing his very own desktop software-with a complementary mobile app-to make tracking his expenses even easier.

But, when Esteban’s friend, Roberto, introduced him to YNAB, a light went on.

Esteban said, “While he explained how it worked, all the check boxes in my head started to tick. ‘This is great,’ I thought and immediately ditched my plans to develop something. I also ditched my Excel tracking spreadsheet, overnight.”

Right from that initial introduction, The Four Rules made sense to Esteban. He said, “YNAB basically rocked my whole world … Having an affinity for tracking my expenses, I had no second thought about signing up. I just knew, immediately, that it was what I needed and wanted.”

Now, you wouldn’t think someone who paid such close attention to his spending would have money worries, but he did. Esteban admits, “Even though I thought I had control of my money, I really didn’t. I was living paycheck to paycheck (I just had a good track of it) … I couldn’t see my future plans being fulfilled and struggled to achieve my financial goals.”

Esteban, like so many people, felt buried by credit card debt. He said, “I had no idea how to decrease my debt, and I was in so deep. It had reached the point that I couldn’t make a single cash purchase because I needed all of my cash to pay the credit card, in full, in order to avoid interest.”

He was stuck in the dreaded credit card float (and had been for 13 years)! Esteban said, “My main goal with YNAB was to get rid of the credit card float, which was equal to 55 percent of my monthly salary.“

What a Difference Priorities Make

As he became better acquainted with budgeting, Esteban’s focus naturally shifted from tracking his expenses to consulting his priorities. He said, “The one big shift I had when thinking about money was the whole idea of giving each dollar a job.”

That’s exactly what he did, and it worked. Esteban said, “Once I started using YNAB, I was able to lower my balance for the first time. I had no idea how to deal with my credit card debt before, and never could. Budgeting is how I, slowly but steadily, managed to decrease it to $0. It took me nearly two years and lots of patience.”

Blissfully Free from the Float!

After more than a decade of juggling his credit card balance every month, it took just two years of focused effort for Esteban to finally be debt-free. And, not only that, but his feelings about money had been totally transformed.

Esteban said, “With YNAB, I don’t feel guilty or insecure when I spend big amounts of money. It’s all accounted for, so I enjoy my money more, now. I can really relish the treats I give myself every now and then, be it having dinner with my wife or just buying some silly thing on the internet.”

And, even better, Esteban finally has peace of mind. He said, “Just this year, my car’s radiator blew up, and I had to change it, along with some other pieces that got busted in the process. It was a significant amount, but the money was there for this kind of thing. It really felt great handing out all that money with no worries in mind.”

If you’re stuck in the credit card float, Esteban has two pieces of advice. First, learn and apply The Four Rules. As Esteban said, “The four-rule philosophy behind YNAB just blew my mind-I devoured all the resources available … “

Which leads us to his second tip: drop into a free, online class! They’re only 20 minutes long, and they’re live, which means you can ask questions. 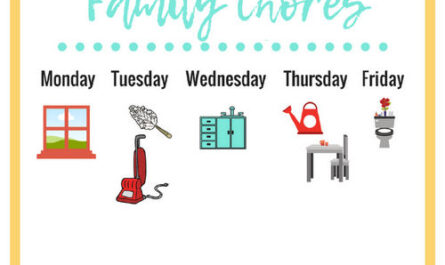 Our Family Summer Routine, for Kids

How to Start a New Month, in YNAB 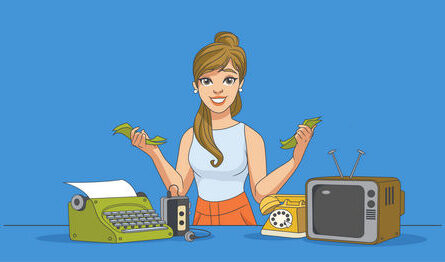 How Much Could You Get for Your Old Stuff?