We took a look at the next generation of screen drawing and compared it to the traditional tablet-and-monitor approach. Here are our conclusions.

Will the iPad Pro totally replace a graphics tablet? With Apple releasing a refreshed iPad Pro and Pencil, as graphics tablets continue to improve, it’s a good time to revisit this subject.

What Are Graphics Tablets Again?

When making a decision to part with a lot of money, it’s important to get down to the fundamental differences between your options. Terminology also can be confusing. We call the iPad Pro a “tablet,” but a graphics tablet is a specific tool, and some have screens. All have different capabilities and uses.

Here’s a quick recap of the subject to get our terminology straight:

Both usually have physical buttons for accessing shortcuts or assigning to handy app functions (like Undo, or Copy/Paste). You can use both with any apps, and connect them to both PCs and Apple machines. 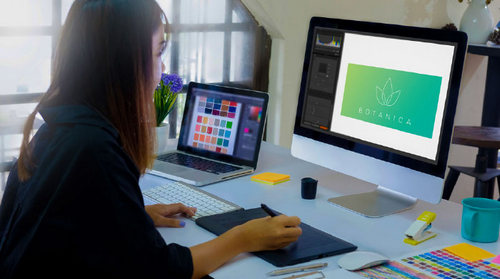 Graphics tablets have been around for a while, and creative professionals have relied on them for a multitude of tasks. Designers can draw (and perform other photo retouching actions like making intricate selections) with a stylus held like a pen. Instead of dragging the mouse around, you can make drawing motions.

But, they take some adjustment – for some people, a lot of adjustment. The drawing motion isn’t like drawing with a pencil and paper. The hand-eye-coordination is skewed because you’re not looking at what your hand is doing. And it’s angled, depending on how you hold it or place it on your desk.

While graphics tablets aren’t for everyone, some people swear by them and eschew the mouse completely.

Screen tablets allow you to see what you’re drawing, where you’re drawing it. This feels much more natural for most designers. Screen tablets are also relatively new. Wacom’s early Cintiq line of “interactive pen displays” was cool but not perfect. They were monochrome for many years, then they went color, were really expensive, and kind of huge – meant to function as the monitor in a dedicated computer art setup. 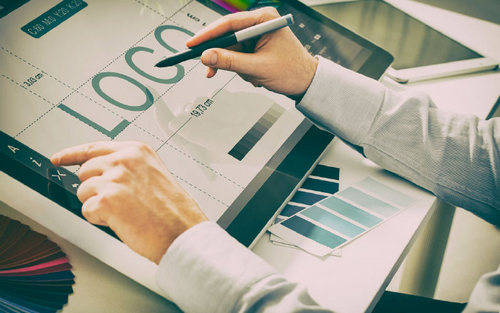 With the development of apps such as Adobe Draw and Procreate, we’ve discovered just how great this duo can be. It was every bit as accurate as any digital pen device setup that preceded it, with almost complete latency-free response.

We must also consider that all iPad models run apps – not full-size computer programs but smaller versions. However, Adobe Draw, Procreate, and many others only exist as apps, so you don’t get a watered-down version of a full-function computer application. Also, Adobe is releasing a full-function version of Photoshop for iPad. Actual photoshop, not an app version. 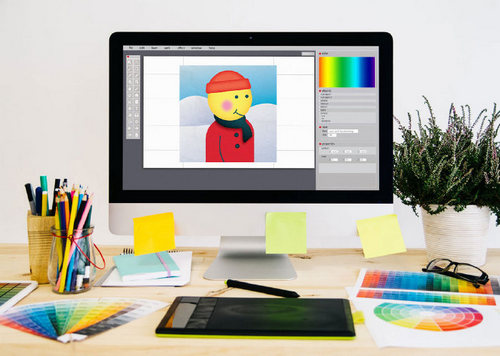 Quick aside: I must confess something. As a hands-on, “the old way is better”  believer in using my hands to realize my ideas, I was reticent to embrace the possibility that a digital drawing setup could, in any way, come close to the tactile experience of making art with my hands and tools on paper (or canvas or whatever). Surely, there would be a barrier. I was wrong – I was instantly amazed. Although it’s still different from the old-school, marking-device-on-medium, it is its own thing, but the creative flow from brain to hand to page is free and unobstructed.

Do You Want a Peripheral or a Self-Contained Computer Art Unit?

Now we can see the separation. Feel and preference aside, your vision of the complete system is the biggest factor in choosing your tools.

The iPad Pro isn’t exactly killing the graphics tablet; it’s more that this device, which does a bunch of other stuff, now does this other thing really, really, really well, too. You just have decide which system, tablet with apps vs. full-size computer setup, is best for you.

Tips for Creating, a Zine Template, for Print in InDesign

Sadio Mane ruled out for six weeks with hamstring injury

Not just for the bathroom: 6 great ideas on home design with the use of ceramic tiles