Tristan Dilley was discovered fatally shot in the head on October 1 at her home in Buna, and the following day, 19-year-old Paul Adams took his own life, possibly with the same gun used in the girl’s killing, as Jasper County sheriff’s deputies closed in on him.

Texas officials investigating the slaying of a 14-year-old cheerleader have discovered survival equipment, multiple pairs of handcuffs and an anatomy book at a campsite set up by her suspected killer.

Adams, who was the prime suspect in Dilley’s killing, committed suicide at the camp that he had set up along a secluded stretch of FM 1135 in Orange County.

Sinister tools: Texas deputies discovered a collection of tools inside Adams’ tent after his suicide, including this hatchet

The evidence also included these dumbbells commonly used in weightlifting

A search of Adams’ tent turned up a hatchet, rope, burlap sacks, eight pairs of handcuffs, dumbbells, bottled water, a water purification kit, food supplies, a book about human anatomy and $577 in cash, according to Jasper County Sheriff Mitchell Neman.

‘We have no idea what he was planning on doing with them,’ the sheriff told the Beaumont-Enterprise.

Mitchell speculated that Adams was planning to dismember the Silsbee High School student and dispose her body parts in a canal.

An investigation has uncovered that Adams had purchased the tools and supplies at a nearby Walmart on September 28, three days before Tristan Dilley’s shooting death.

A review of the contents of Dilley’s phone revealed numerous text messages that the teenage girl had exchanged with Adams in the days leading up to her death, suggesting that the 14-year-old had a secret relationship with the older man.

On the day of her slaying, Dilley stayed behind at home, saying she was too tired to go shopping with her family and wanted to rest from a dance at her school the night before.

When the family returned, ‘her mother hollered at her and when she didn’t answer, she told her brother to go upstairs and wake her up,’ Newman said.

That’s when the 13-year-old boy made a grisly discovery.

Newman said the girl was found in a second-floor room with two gunshot wounds to the head.

Adams purchased all of the supplies, including this tent, at a Walmart, three days before Dilley was found shot to death at her home

Authorities noted that there was no forced entry into the home nor, signs of a struggle anywhere in the house, leading investigators to conclude that Dilley was most likely acquainted with the killer.

When detectives searched her phone, they found that a person named ‘Adam’ was the last person to be in contact with Dilley.

The family confirmed that Dilley spoke of a 16-year-old boy with whom she began to communicate.

‘From what we could gather, they were trying to see each other when her mother was gone,’ Newman said.

Shortly thereafter, authorities set out to track Adams’ cellphone in order to locate his whereabouts.

He was later pinged to a wooded area in Orange County located on the Texas-Louisiana border.

An all-night search failed to track Adams down, but authorities caught a break when he called his mother Monday morning while police had come to question her at her home.

Although Adams admitted to being at Dilley’s house the night of the murder, he maintained that he was not the one who shot her, Newman said.

Instead, Adams claimed that an intruder was responsible for Dilley’s death, and that he ran from the residence because he was scared.

Jasper County Sheriff deputies were able to track Adams’ location to a secluded stretch of FM 1135 in Orange County around 11.30am last Monday, according to the Enterprise.

Newman said that Adams had tried to set up camp at the site and that ‘It didn’t look like he had been there long.’

When the officers attempted to approach him, Adams took his own life.

‘You say you get used to it, but you just don’t,’ Newman said. ‘They were both seasoned officers. But no matter how long you are on the force, you don’t ever want to see that.’

A preliminary test on Adams’ weapon showed the same revolver to shoot himself that was used to kill Dilley, The Enterprise reported.

‘He ruined two families,’ Newman said. ‘Not just her’s, but he ruined his too.’

Police said that Adams had written a suicide note, which will be made public in the coming days.

Tristan Hope Dilley was born October 3, 2002 in Beaumont, Texas. She was a cheerleader and student-athlete whom friends described as kind, sweet and compassionate.

Cars: Break me completely: 9 photos as the element turns the car into a pile of scrap metal 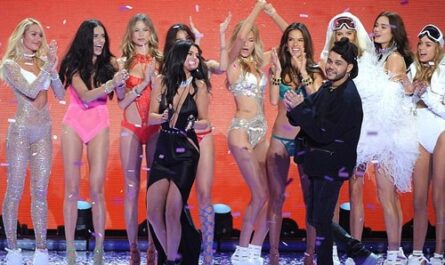 Selena Gomez SPLITS from The Weeknd after 10 months