The St. Petersburg-based museum in partnership with the Binance NFT marketplace will run the auction until Sept. 7, the Hermitage said in a statement.

Russia’s Hermitage Museum, the largest art collection in the world, has announced it will sell several masterpieces, including a work of Leonardo da Vinci, in the form of non-fungible tokens (NFT).

An NFT is a digital object with a certificate of authenticity created by blockchain technology that underlies cryptocurrency. It cannot be forged or otherwise manipulated.

In recent years, NFTs have been sought after by art collectors, with some selling for millions of dollars.

The Hermitage will bring out a limited series of NFTs, including a digital copy of Leonardo da Vinci’s “Madonna Litta,” as well as works by Vincent Van Gogh, Claude Monet and Vassily Kandinsky.

The starting price for each lot has been set at 10,000 BUSD, a cryptocurrency that tracks the U.S. dollar. All proceeds will go to the museum.

Each NFT will be issued in two copies, one held by the museum and one going to the buyer. The NFT’s metadata will include the signature of Hermitage director Mikhail Piotrovsky.

Founded in 1764 and housed inside the former winter residence of Russia’s imperial family, the Hermitage is home to over three million works of art.

The husband of a Russian beauty influencer has been jailed for 8 years on charges of murdering his wife, authorities said Thursday.

Kristina Zhuravleva, 28, who boasted tens of thousands of Instagram followers, was found dead in the woods near Russia’s fourth-largest city of Yekaterinburg in April. 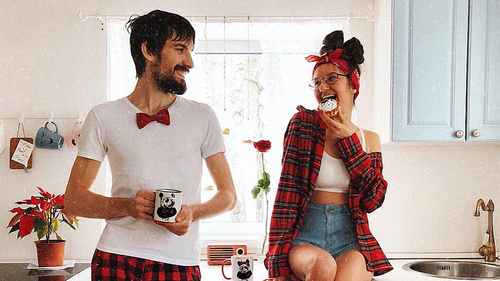 Zhuravleva’s husband Dmitry Zhuravlev, who had reported her missing, confessed to her murder weeks later.

The high-profile case has been another stain on Russia’s domestic violence record, where studies show more than two-thirds of women who are killed die at the hands of their partners or relatives.

A court in central Russia’s Sverdlovsk region found Zhuravlev guilty of murder and sentenced him to 8 years in a maximum-security penal colony Thursday.

Zhuravlev “strangled the victim out of personal hostility during a domestic quarrel,” the Investigative Committee, which probes major crimes, said in a statement.

“A few days later, on the night of April 9, the defendant hid the murdered woman’s body in a forest area,” it added.

“On April 16, the body was accidentally discovered by a citizen who reported the terrible discovery to the law enforcement agencies.”

The Investigative Committee said it was only able to identify Zhuravleva’s body after Zhuravlev declared her missing on April 30. Photographic ‘Journeys Through the Russian Empire’