At least three users are suing Facebook over data collection. The reputation of the social media giant has taken a hit as the depths of the data collection missteps are now being fully revealed. All of this has left users angry and many advertisers a little wary about spending their money on the platform.

But where can they turn to as an alternative choice for their advertising dollars?

LinkedIn made a move yesterday that could make it an attractive choice. LinkedIn announced that brands can now post a native video to their Company Pages and then run targeted ad campaigns.

The significance of this product release should not be underestimated, especially for B2B brands. Here’s why.

LinkedIn finally launched native video for individual users last August (they were the last major social platform to do so). It was a move that many experts at the time were saying came too late in the game.

However, with many users having tremendous success with the reach and engagement on their videos on the platform; nobody is questioning the move now.

The rollout of video advertising for brands couldn’t come at a better time.

Brands will be able to post videos to either their Company Page or Showcase page. Using LinkedIn’s Campaign Manager enables audience targeting via job title, industry, company name and more.

However, using LinkedIn’s Matched Audiences allows brands to take their targeting to the account level. You can create a list by uploading emails from current accounts if you want to target existing customers.

To target new accounts with your video ads, just upload a list of emails from the company CRM from prospects that are in the lead development stage.

Then, track the results with LinkedIn’s built-in conversion tracking.

Like with any new LinkedIn product, it will be a tiered rollout with businesses gaining access over the coming weeks.

4 Steps to Pricing to Value 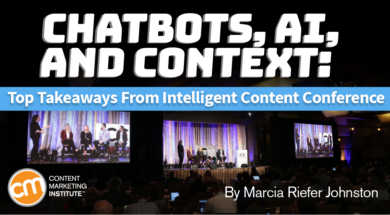