This shows the real-world use cases of the technology, even at its current, very early stage of its adoption. As Chris Burniske, blockchain analyst at ARK Investment Management states in Forbes: “If an investor who holds bonds and equities swapped a percentage of their prior holdings into bitcoin, because of bitcoin’s low correlation and superior absolute performance, they could have decreased the volatility of the portfolio while simultaneously increasing absolute returns… that’s the golden bullet of an asset class.”

Molecular Future’s Blockchain in Chicago presentation, on the 8th of December, began with an explanation of Blockchain technology – more so, cryptocurrency, with a focus on Bitcoin. It illustrated the low correlation between Bitcoin and traditional asset classes – specifically the S&P 500, gold, US real estate, oil, and US Bonds.

Next, came an explanation of how tangible Blockchain technology, and cryptocurrencies really are. This was demonstrated by the example of how digital assets can represent physical assets.

These representative assets have been around for decades, in various forms. Blockchain technology can not only speed up this system, but make it more efficient, and much more fail safe than any current practice. This blog post by JP Morgan illustrates the value in doing this.

“The digitization of assets (also known as tokenization) can be achieved by representing physical assets by unique identification characters allowing the ownership rights to be transmitted and traded on a digital medium. Whereas securitization is the process of converting an illiquid asset or group of assets into a financial security, tokenization is the next step which allows for digital trading of that security. Digital assets are also nothing new.”

The third and final point was the enormous growth in the number of companies conducting ICO’s (Initial Coin Offerings),and token sales, and therefore, the growing number of cryptocurrency assets which need to be managed – especially for an investor with a diverse portfolio. Forbes detailed this rise in value in their article titled “Inside the Meteoric Rise of ICOs”. The article outlines 4 likely contributors to the growth of the cryptocurrency market.

The Massive increase in the Value of Cryptocurrencies

The Power of Blockchain, Tokenization, and Decentralization

The rest of the presentation outlined topics about which we have previously published Medium articles. Namely:

Molecular Future, and why it matters to you

Molecular Future, was seen as one of the most promising projects presented at the event, and received numerous compliments from attendees. 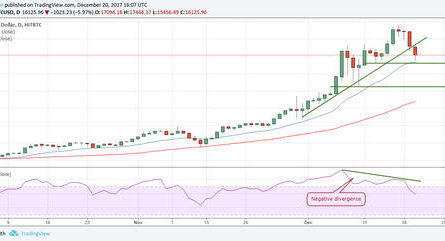 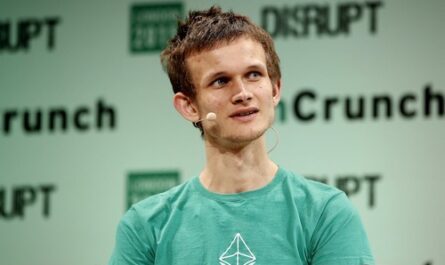