After the unbearable wait all summer long following the game being unceremoniously pushed from August to October, what will undoubtedly be the most all-consuming title of Fall 2017 has arrived!

Middle-Earth: Shadow Of War sees Talion and his wraith companion Celimbrimbor return for more orc-slaying shenanigans, but with even more army-raising and war-waging than ever before! Get ready to slaughter orcs (and much more) by the hundreds while forging your own green skin fighting force.

Sure, this sequel does see the series depart even more heavily from Tolkien’s roots and essentially ditch any attempt at lore cohesion – but if you loved the game play of Shadow Of Mordor, there’s no reason you shouldn’t be installing the extra 33 gigs off the disc and playing right now.

There is a bit of a catch once that download time is done, however… how in the heck is Talion supposed to save his progress? The game doesn’t tell you at all, and more than a few players are worried about losing hours’ worth of progress before quitting. 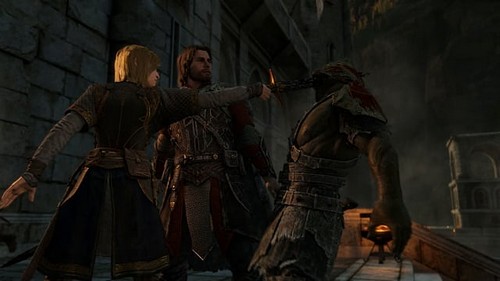 Did the game save, or are we going to have to kill this guy over again?

Manual Saving in Shadow Of War

With how much of the game world’s state changes at any given time between the updated Nemesis and Stronghold systems – not to mention all your various skills and item upgrades – it seems obvious that Shadow Of War uses an auto-save feature.

What’s not immediately clear is just exactly when the game automatically creates a new save file. The tutorial mission doesn’t mention it, save info doesn’t show up as a tip in the load screens, and even the help segment covering the game’s mechanics provides no clues as to what’s going on.

While the ring, hammer, and dagger icon appear when things load, the reverse isn’t true – there’s no icon displayed when a save file is created. This seems to indicate that saves happen often enough that the developer didn’t want it always on the screen. 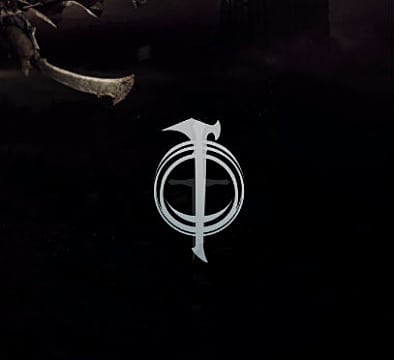 Seems like this would have been a pretty obvious choice…

While it appears the game automatically saves after you kill (or are killed by) any given orc captain, the rest is more up in the air. Does Shadow Of War save when you pick up a new item, or when you equip it? What about when you spend a skill point?

Quitting to the main menu seems to save your progress if you are traversing the map, but if you are in the middle of quest you lose it all and have to start over at the beginning by returning to the quest’s origin point.

So what can you do to save manually and ensure that doesn’t happen? The TL;DR is that you can’t. Instead, you have to find a way to force an auto-save to prevent Talion from losing any progress.

At this point, the only sure-fire method to force an automatic save is to fast travel on the world map to a new location. Pick a spot, travel, and when the new area loads the state of the world and your current equipment loadout will be saved.

There’s another interesting twist with Middle-Earth: Shadow Of War saves – the game takes a look at your previous Shadow Of Mordor save game data and can actually import any nemesis you left alive.

You might want to load up that previous game and remind yourself who wasn’t dead yet so it will actually mean something when that big ugly brute shows up to challenge your undead ranger! 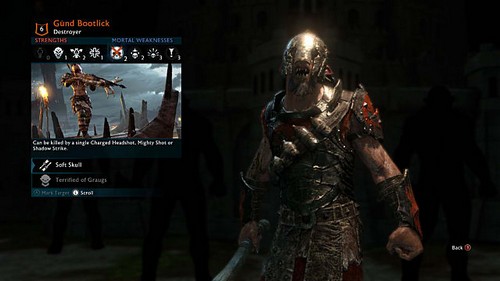 They may have new skills and weaknesses, but some old faces can still appear…

That’s all you need to know to manually save your game in Middle-Earth: Shadow Of War! Have you found any other specific methods for triggering an automatic save? Let us know in the comments section! 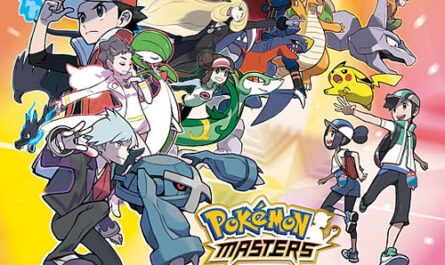 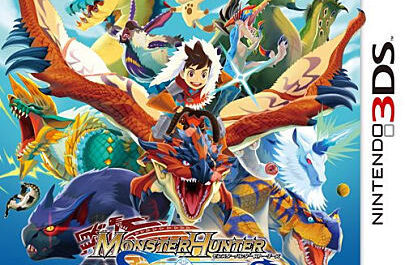 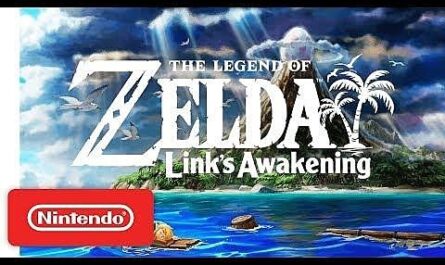