Electric and petrol-electric hybrid car sales are racing away with 37 and 47 per cent more sold year-on-year respectively as of September.

This is largely thanks to increased vehicle choice, falling prices and the news the sale of new petrol and diesel cars in the UK will be banned altogether by 2040.

While the overall number of electric cars on the road may still be small, several energy providers have responded to growing demand by launching electric vehicle (EV) tariffs. These offer special perks to drivers such as access to charging networks.

Here’s a look at where you can get the tariffs, what exactly they include and how they compare on price to normal electricity deals.

Good Energy is the latest provider to launch an electric vehicle tariff, and the cheapest of the three available.

It claims to save customers £60 per year compared to a Big Six standard variable electricity tariff – which it says is the equivalent of 2,251 miles of free electricity – and each kWh of electricity costs 13.767p.

The Nissan Leaf – the UK’s most popular model of electric car – has a range of 124 miles with one charge of its 24Kwh battery. Charging it up at home costs £3.30 on the Good Energy EV tariff.

The tariff itself would cost the average household with an electric car using 5,500kWh of electricity a year £849 – that’s £167 more than the cheapest electricity-only tariff on the market from Powershop, which comes in at £682.

To sign up you need to give your vehicle registration and as long as you drive an electric vehicle you are eligible for the deal.

Good Energy says all the electricity used is from 100 per cent ‘renewables’. While the electricity you draw from the grid itself might not have come from a renewable source, what this means in practice is that the energy provider matches every unit of electricity you use with one generated by a green source, such as wind or solar.

Ecotricity is one of the few providers offering a renewable gas supply in addition to green electricity.

Its Green Gas tariff is currently 12 per cent ‘green’, with the gas produced from grass, but the company insists that percentage will rise as it develops a network of ‘gas mills’.

But back to the electricity deal, the tariff itself will cost the average household with an electric car using 5,500kWh of electricity £987 per year. That’s £305 more than the Powershop electricity-only tariff.

It offers customers with an electric vehicle a £40 discount each year on their bills – equivalent to around 1,000 miles of free travel.

The provider also has its own network of electric charging points across the UK called the Electric Highway. There are 300 across the country and you can see their locations here.

This small energy supplier is often lauded for its customer service. As part of Ovo’s range of tariffs it already offers a Green Electricity deal, but this comes at a premium costing around £120 more over the course of two years than its standard electricity tariff.

Those signing up to its EV Everywhere tariff however get an upgrade to green electricity for free.

The two-year fixed-rate tariff offered to electric car households comes with 100 per cent renewable electricity at no extra cost. Plus, for every unit of electricity you use, the energy provider will plant 10 trees in the UK on your behalf.

Ovo also gives free membership to the POLAR plus charging network, which has more than 5,000 charging points in the UK (you can see the map of its charging points here). This would normally cost £188 over two years.

Another Ovo perk is that any time you are in credit, you earn 3 per cent interest on the amount – that’s more than any savings account in This is Money’s independent best buy savings tables.

The tariff itself would cost the the average household with an electric car using 5,500kWh of electricity £870 per year. That’s £188 more than the Powershop electricity-only tariff. 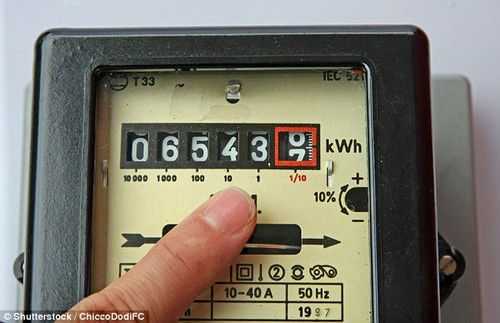 How do EV tariffs compare to the cheapest gas and electricity deals on the market?

Most households can save hundreds by switching their energy provider, particularly if they have never switched before, or haven’t for some time.

This is because suppliers automatically switch you to their more expensive average variable rate tariff once a fixed energy tariff ends.

So it’s likely that if you have not switched recently or even ever, moving to a cheaper deal will cut bills down instantly. You can read more about the top deals and how to switch here.

Comparing the cost of the cheapest of the three EV tariffs above, Good Energy, with the cheapest standard electric tariffs on the market in the table below it is clear that you will pay more with Good Energy.

In fact it costs £167 more for the same 5,500kWh of electricity than the cheapest deal on the market from Powershop.

However, green electricity tariffs are typically more expensive than the cheapest deal so it will depend on what your priority is – cheap travel or a clear conscience.

You also have to factor in the value of the extra perks –  would you be likely to pay for membership to the electric charging networks otherwise?

Are you better off charging at night?

An Economy 7 tariff charges you less for your electricity use at night (usually between the hours of 11pm and 6am) than during the rest of the day.

If you do all of your car charging overnight, this could in theory work out cheaper.

Remember you will still pay a daily standing charge on top, but you will be using the biggest chunk of energy at night during the cheaper hours.

Remember though, it won’t be better value unless you can use most of your energy at night – that means putting energy-guzzling appliances such as washing machines, dishwashers and tumble dryers on at night too.

To get one of these special tariffs you will need a meter that can record your usage at night and during the day separately so you will need to speak to your supplier first.

Here’s a quick comparison of the cost of electricity-only tariffs and their economy 7 rates from energyhelpline.com

According to Ofgem figures, the average household uses 3,100 kWh of electricity, and Good Energy estimates that an electric vehicle owner would use closer to 5,500kWh.

If you assume the driver only uses their electricity at night to charge their car, opting for an E7 tariff would save £71.52 per year.

How much do electric cars cost?

Electric car costs are coming down but you will still pay a premium to buy one over a petrol-powered model.

For example, the VW Up city car with a three-cylinder petrol engine costs less than £10,000 to buy new, while its electric version costs £25,280.

Repairs and maintenance have historically always been more expensive as fewer mechanics have the necessary skills and parts are expensive.

But according to research from UBS earlier this year, the cost of owning an electric car over its lifetime will be the same as a petrol-powered car from as early as next year in Europe.

The average cost of 100 miles worth of fuel for a petrol or diesel powered car is between £12 and £15, according to Energy Saving Trust.

That means you would save a considerable amount on filling up as it costs £3 or £4 to fully charge – giving you around 124 miles.

Aside from a clean conscience, driving an electric car comes with other perks including exemption from toad tax (if worth less than £40,000) and a 100 per cent discount on the congestion charge in London.

You will, however, pay more for insurance, largely thanks to the higher price tag and repair costs. According to recent research, the average insurance quote for an electric vehicle costs £1,070 – that’s 40 per cent more than a petrol card.

Read more about the costs of owning an electric car in This is Money’s motoring section.

ENERGY SWITCH CLUB: Slash your bills AND get the chance to win £10k towards your energy bills

This year has seen average energy prices rocket to an eye-watering £1,155. To beat the hefty price hikes, This is Money and the MailOnline have teamed up with energyhelpline to launch a new Energy Switch Club.

Our previous collective switch, in January, saw 70,000 people sign up. This gave us the people power to demand that the suppliers themselves bid for your custom.

The winning tariff knocked an average  £251 off switchers’ bills and one in ten in fact saved over £450.

AND, if this wasn’t enough, registering for free can also enter you into our prize draw to win £10,000, enough money to cover your energy bills for 10 years.

You can read more about the deal here.

All you need to do is register with an email address before October 16 and a few basic details and we deliver a unique tariff straight to your inbox the next day.

There is no obligation to switch at the end if you do sign up.

It’s simple – if you want the deal you can accept it and if not there is no obligation to take it. Plus you have a month to decide. 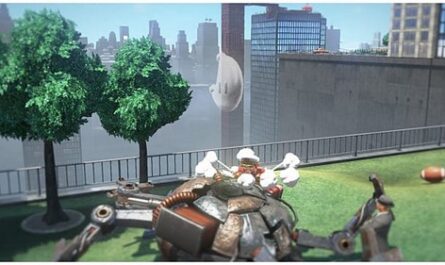