Departing BBC radio host Eddie Mair will present a new show on LBC from September, it has been confirmed.

Mair, who will host his last edition of Radio 4’s flagship evening news programme PM on 17 August, said: “LBC has established itself as a groundbreaking broadcaster. Innovative, informed and fun with appointment-to-listen shows and a reputation for setting the agenda, its growth has been driven by bosses and staff who are passionate about radio, which is why I am eager to get started.”

His departure follows a year of contract negotiations involving some of the BBC’s biggest stars after a public outcry over the high salaries paid to leading male presenters.

Earlier this year it was reported that Mair was the last major star who was refusing to take a cut to his salary, which was between £300,000 and £350,000, although it is thought the presenter disputes this.

An updated list of the BBC’s high earners will be published later this month.

Mair’s exit will be regarded as a blow to the BBC, which has seen other leading male presenters such as Jeremy Vine cut back on their commitments to the broadcaster after taking pay cuts.

Andrew Neil, the host of the late-night politics show This Week, commented sarcastically on LBC’s decision to hire Mair: “Didn’t the BBC director general, as he was forcing pay cuts on male presenters, insist he could do so because there was no market elsewhere for news and current affairs presenters?”

LBC, which has expanded in recent years from a London-centric broadcaster to a nationwide station following a series of high-profile hires, has yet to confirm a time slot for Mair’s new programme. His arrival could force a rejig of the station’s daytime schedule.

James Rea, the managing editor of LBC, said: “Eddie is a hugely respected broadcaster and I’m looking forward to adding him to our phenomenal presenter lineup.

“The LBC team have fuelled the growth of the station as we’ve broken our own records enjoying our highest ever listening figures in 45 years. I know Eddie’s new show will be exceptional when it launches in September.”

Mair, 52, has been the lead presenter on PM for 20 years, having previously hosted Broadcasting House. One former colleague described him as being “famously stroppy but also annoyingly good” to work with, while other BBC employees suggested that staff on the PM programme had no idea Mair was preparing to leave. 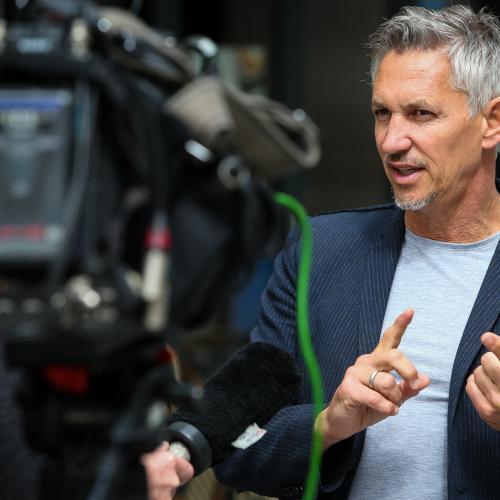 The race is now on for BBC presenters who want to host PM, with Mair himself tipping BBC political correspondent Chris Mason as a potential replacement.

‘The right thing to do’: Jeremy Corbyn reacts to Livingstone’s resignation – politics live