An investigation is under way into the cause of a fire at a popular pub in central London.

Ten fire engines and 72 firefighters were called to a blaze at Somers Town Coffee House between Euston and King’s Cross stations at about 8pm on Friday, where customers had been watching the Serbia v Switzerland World Cup match.

London fire brigade (LFB) said about half of the roof and the second floor of the building were damaged in the fire, but there were no reports of injuries. 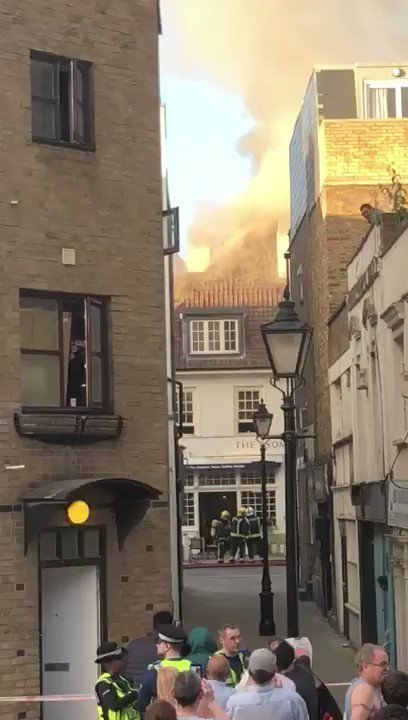 Witnesses said staff were running around the pub evacuating people after the fire started. Images on social media showed crowds waiting outside, some still holding their drinks, while firefighters were working to extinguish the blaze.

The LFB said it first received a call about the incident at 8pm, and had the fire under control at 9.28pm. Fire crews from Soho, Islington, Kentish Town, Shoreditch and Paddington all attended the blaze. 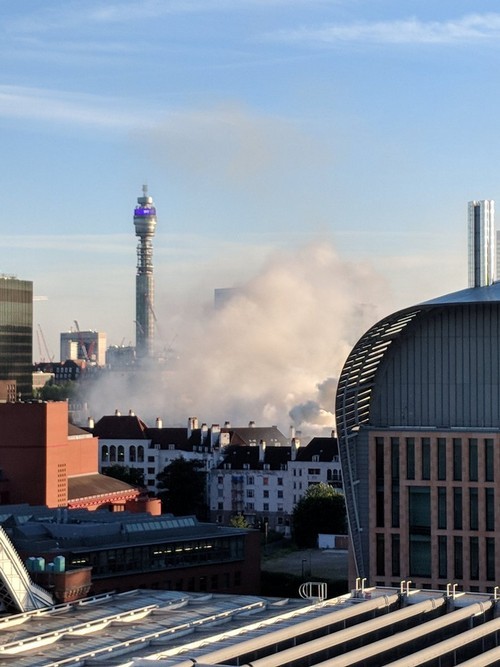 Steve Chesson, an LFB station manager who was at the scene, said: “The pub was open and in use at the time of the fire and a number of people left the building before the brigade arrived.”