Skip to content
22.10.2020
Russian press
MOSCOW, September 14 (Itar-Tass) – RIA Novosti, Dmitry Mayorov. Keeping the CBR’s key rate and moderately tight rhetoric will stabilize the ruble exchange rate, raising the rate will add volatility to the foreign exchange market – first the ruble will jump up, then go down, according to experts interviewed by RIA Novosti.

And the Bank of Russia today, most likely, will do so – it will keep the key rate at the same level, 7.25% per annum, but it will tighten rhetoric, most market experts believe.

Despite the increase in market volatility, the growth in the yield of OFZs and the weakening of the ruble in recent weeks, there is now no need to tighten monetary policy, says Vladimir Bragin, director of macroeconomics at Alfa Capital. 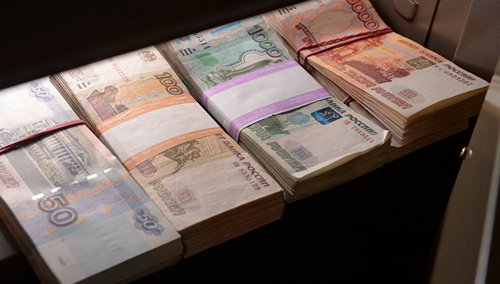 The panic on trading floors subsided, the ruble strengthened for three days, the situation with ruble debt stabilized, the market itself finds a balance, and the regulator should not take additional efforts for this, says the head of the dealing center of Metallinvestbank Sergey Romanchuk.Actual rates on the market have grown recently – without the participation of the Central Bank – and that’s fine, says Gazprombank’s strategy development center chief Yegor Susin. Just in the previous months, the market was too optimistic about the prospects for a rate cut, and it’s a little off scale, now it is returning to the equilibrium zone, and the CB does not need additional actions, the expert says.

Therefore, the best option for the ruble, which will support it and give the potential for growth – is the invariability of the key rate and moderately tough rhetoric in accordance with increased inflation expectations, summarized Susin.

There is no reason to raise the rate, says Alexey Skaballanovich, asset manager of Region Asset Management. OFZ went to growth, the ruble is also strengthening, inflation over the past week has shown zero dynamics, he argues.The most likely scenario – keeping rates at the current level – will push the rate of the dollar-ruble pair a little higher – to area 69, estimates Roman Tkachuk, a senior analyst at Alpari.

The external factors influence the ruble, so the decision of the Central Bank is unlikely to have a significant impact on it, especially if the rate does not change, as the market expects, says Dmitry Polevoy, chief economist at the RFPI.

Raising rates is not always good for the ruble

Options for more aggressive behavior are unlikely and less expedient, according to interviewed experts.

Yes, such a decision will play in favor of the ruble, pointing to the Central Bank’s exceptional commitment to the main goal – to keep inflation at about 4%, Polevoy believes.

So, raising the rate by 0.25 percentage points in the short term can push a pair of “dollar-ruble” down – to area 68, Tkachuk believes. And the main analyst of BCS Premier Anton Pokatovich believes that the ruble exchange rate in this case can continue to gradually strengthen even to the levels of 67 against the dollar.However, the factor of higher ruble rates can be offset by the increased outflow of non-residents from OFZ, adds Pokatovich. Raising the rate by 0.25 percentage points will generate unnecessary expectations for further rate increases and, accordingly, will put pressure on ruble debt quotes, Susin also says.

Increasing the rate will cause unnecessary volatility to the regulator – at first the ruble will go up, then – down, as the sale of OFZ activates, Romanchuk suggests.

An increase in the key rate in the current conditions may, in general, lead to the opposite effect: the increase in expectations of tightening of the DCT and, as a result, higher yields on the bond market, growth in volatility, including in the foreign exchange market, Bragin summed up.

The likelihood of an even higher rate increase – at once by 50 basis points – may even provoke a growing fear of investors: market participants may reason that the regulator is preparing for a new round of instability in the short term, says Pokatovich. The debt market will again be in a recession zone, the yields of OFZs may rush to levels of 9.5% or higher, investors will run out of them, and the ruble will go down again, he concluded.