President of Argentina Mauricio Macri said that he had agreed with the IMF on a new loan of $ 50 billion. The program of financial assistance to Buenos Aires ends in December 2019. Experts are sure: this is the date of another default, which will hit the economy of the country. In the IMF, too, this is well understood. What are the true objectives of the international lender and who sell for whole country to a pittance – in the RIA Novosti material.

Old rake
Of course, Makri did not turn to the IMF for a good life. This year, according to the most optimistic forecasts, inflation in Argentina will reach 32%, although the government promised no more than 15.7%. GDP instead of the expected growth of 3.2% will decline, at best – by one percent.

Now the main task of the president is to survive the next elections, which will take place next year. Chances for reelection are melting every day, so Makri tries to convince everyone that thanks to the next IMF loan, investors will believe in the country’s solvency and return with money. 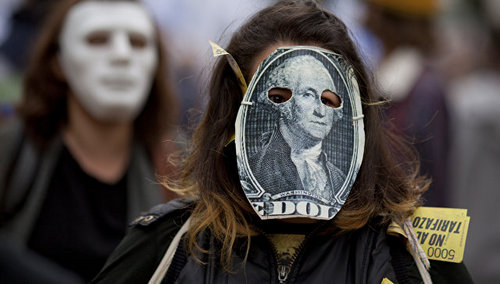 However, investors, the Argentine president, and IMF officials understand that when it comes time to pay the debts, Argentina will default on all its obligations to the fund. This is the main goal of the IMF: when the country suffocates from the loans issued to it, all its property can be bought at a cheap price and sold to the “right” investors.

The IMF has already rotated such a scheme in Argentina, and more recently. In the 1990s, Domingo Cavallo, the Minister for Foreign Affairs and the Economy, undertook a series of monetarist reforms: he linked the peso to the dollar, announced massive privatization of state property and freed foreign investors from taxes for a period of five to 25 years.

The economy really revived, and the IMF encouraged Cavallo’s actions, issuing loans to the country for settlements on old debts. That’s only when in 1999, the neighboring Brazil devalued its currency, investors sent the capital there, and Argentina was left with nothing.

Argentine national companies had by that time been broken by foreign competitors, and in 2001 the country had overdue payments on bonds, and all creditors rushed to sell its securities. Then the IMF announced that it was too late to save the country from default, and refused in the next tranche.

From the prince in the mud
IMF successes in the field of destruction of national economies are not limited to Argentina. The real nightmare for Southeast Asia was 1997. The “Asian crisis” was preceded by an investment boom, which was provided mainly by borrowed funds and surplus economic capacities. The latter is clearly seen in the example of Thailand, where, because of high investments in construction, the supply in the real estate market exceeded demand significantly.

The IMF welcomed the “economic miracle”, but in mid-1997 the Thai baht was attacked by speculators and sharply went down. This was followed by the stock market crash of most other countries in the region – Malaysia, South Korea, Indonesia and even Japan.

The head of the government of Malaysia Muhammad Mahathir quickly identified the source of financial aggression and ordered to close the IMF branch, sending all its specialists out of the country. The rest of the countries remained faithful to the international lender and pledged to comply with IMF regulations in exchange for loans to rebuild the economy.

The most illustrative case of South Korea. In exchange for a loan of $ 60 billion, the government agreed to sell to foreign companies the assets of the two largest banks, to allow foreign financial organizations the right to conduct transactions in the country without restrictions.

In addition, Korea lifted the ban on the sale of land to foreigners and eliminated the traditional form of production activities that plagued transnational corporations, the “chaebols,” which accounted for almost a third of GDP. The economy was restored, but now it is almost entirely controlled by American capital.

With the world in a thread
This is the case with everyone who appeals to the IMF. When the authorities of Rwanda asked for financial assistance after years of drought, the country was given credit – on murderous conditions. The government had to abandon state support for farmers, self-sufficiency in food and devalue the national currency so that foreign investors bought up the land cheaply. The result of liberal reforms is hyperinflation, a fivefold increase in the national debt and the transfer of farm lands to Western corporations.

It is hardly the only country that still resisted the IMF, Greece. However, this is the merit of the European Union: the withdrawal from the EU and the eurozone, which threatened Athens, would have brought a strong reputational blow to Brussels. Therefore, Europe has taken on a significant part of the costs of stabilizing the Greek economy. 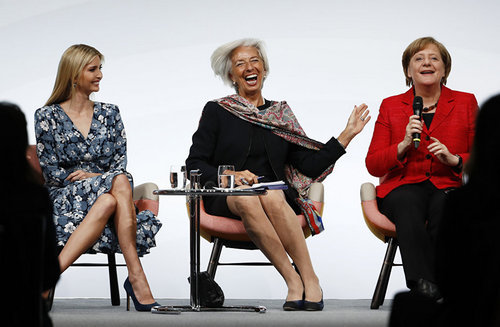 Ivanka Trump, Christina Lagarde and Angela Merkel at the W20 summit in Berlin

The second largest debt to the IMF state – Ukraine – to hope for such an option is not necessary. Despite all the promises, the country was never admitted to the EU, and the external debt of Kiev after the overthrow of President Yanukovych increased from 76.5% to 122% of GDP.

Now the IMF demands that the debts of the short-sighted government are paid by the Ukrainians themselves, and announces an ultimatum: either raise the gas price for the population by almost half, or you can forget about a new tranche of $ 2 billion. Which, incidentally, almost three quarters will go to pay interest on external loans. 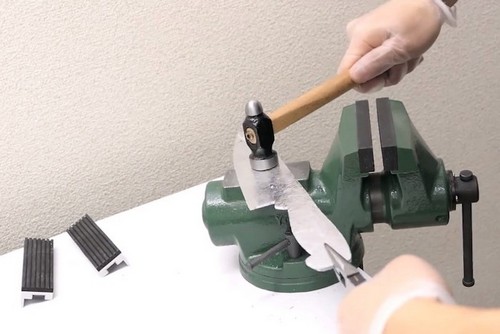 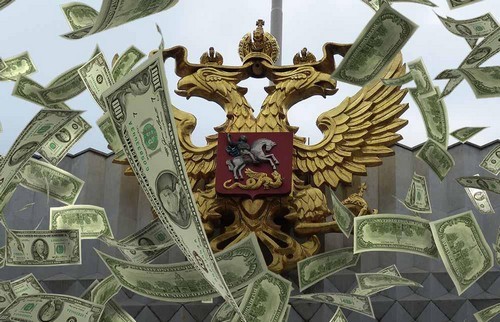