It’s time to get some honorary title on the calendar already on August 17 – for example, the Day of Default. Of course, it is difficult to call it a holiday, but the authorities could announce this holiday on that day – as compensation for the material and moral suffering that the population suffered in August 1998.

Well, seriously, as a journalist who has written on economic topics for a long time, I can attest: every year on August 17 the same thing is repeated. Correspondents on behalf of the broad masses ask experts – economists, financiers, bankers, officials – the question: “Is it possible to repeat the default?”. And since this year’s default marks a round date – the twentieth anniversary – then all media outlets – television, print and electronic, who 20 years ago still did not have a mindset – set the burning question.

The answers of the experts – beginning with the participants of those long-standing events and ending with the young analysts of our days – turned out to be quite unanimous: “no, it’s impossible in modern Russia”, “repetition is completely ruled out,” “our country has learned and learned the lessons of that crisis.”

Oh, is it? At all without pretending to be an expert, I would not be so categorical and would hold optimistic assessments until better times.

At first glance, the arguments of those who argue that such a thing is no longer possible seem quite convincing. Twenty years ago, the Russian financial system collapsed under the weight of exorbitant external debts, and as a result of the collapse of the GKO-OFZ internal financial pyramid. To protect themselves from these threats, the budget had nothing, since all the country’s reserves amounted to a miserable $ 15 billion, and by mid-August – and totally $ 9 billion: many times less debt. 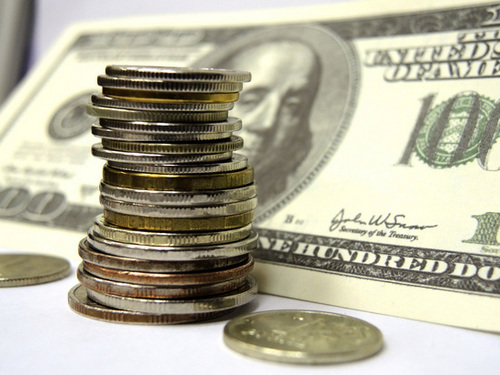 Today, everything looks very different: in fat zero Russia timely repaid the lion’s share of its external debts, and now their level is only 13% of GDP – perhaps the lowest in the G-20 countries. Pyramids of state bonds do not exist in principle, and the international reserves of the Central Bank exceed $ 458 billion. Plus, the National Welfare Fund, managed by the Ministry of Finance to maintain the budget – about $ 77 billion. It would seem – heaven and earth compared to 1998: what’s this worry!

But if you do not appeal to the distant 90-m, and look at the trend of recent years, then the figures given do not look so convincing. The state debt is growing quite actively: according to the recent data of Rosstat, the amount of external debt this year has increased by 30%, and the domestic one by almost 15%. In addition, Russia – an impressive corporate debt (about $ 460-480 billion), most of which hangs on state corporations and state-owned banks. To make ends meet in the federal budget, the Ministry of Finance is forced to borrow more and Russia, accordingly, increasingly lives in debt. That, accordingly, increases the financial risks of the country.

Yes, and our reserves are decreasing year by year-ten years ago they were three times more, and the Reserve Fund, which for a long time regularly served as the “zagashnikom” of the government, and at all ordered a long life, merging with the National Welfare Fund.

But the most important thing is not this. When our people ask about the possibility of a repetition of a default, they are really not interested in the structure of the domestic financial system and the debt relations with other states. They are worried: what is the probability that the ruble will again collapse, as in the 98th – with all the ensuing consequences in the form of a rise in inflation, a loss of savings, a decrease in incomes. So, in my opinion, the likelihood of such a development of events today is very high.

The proof of this is our whole recent history with the crises of 2008 and 2014: the ruble dived along the same steep trajectory as it did 20 years ago, and the population turned out to be in no way better than then. And the events of this August do not contribute to the influx of optimism: the ruble has already fallen by almost 10%, and experts unanimously assert that the main drop is yet to come. In place of the risk factors that the sword of Damocles over our economy hung in the late 1990s, new ones came in: for example, Western sanctions, which, as it turned out, are quite capable of bringing down the Russian national currency. And some old factors have not disappeared anywhere for two decades: how then our economy depended on world oil prices, and now depends – which was clearly demonstrated in 2008 and 2014.

In a word, over the past 20 years, our monetary authorities have never built a financial system that would protect us, ordinary citizens, from the consequences of the catastrophic rubble crashes that happen in Russia at a frightening frequency, and each time turn into full-scale economic crises. Therefore, it seems to me that the current response of experts to the question of the possibility of a repetition of a default looks, to put it mildly, incomplete. An honest answer is: default under the 1998 scenario is impossible, but a new economic crisis with a fall in the ruble rate is inevitable. The only question is, when will it happen. It is possible that the wait is not very long: another round of the sanctions war is not far off. With the Day of Default you, fellow citizens!

What do the Russians, caught in the hands of usurers