The competition aims to raise awareness of global child homelessness. 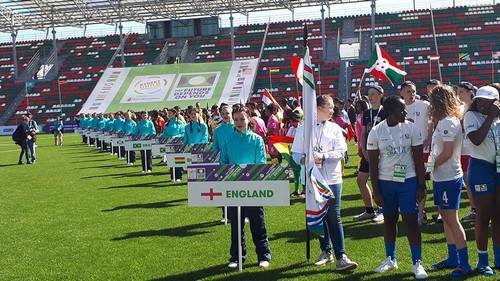 With just over one month left until the glitzy 2018 FIFA World Cup, Russia is hosting an altogether different kind of football tournament. Its stars are orphans, have been abandoned by their parents or come from extreme poverty.

The Street Child World Cup is traditionally held in the host country of the World Cup a month before its bigger brother to shine a light on the global social issue of youth homelessness.

Since its launch in South Africa in 2010, it has traveled to Brazil and now to Russia, a country of some 55,000 registered orphans, according to official statistics.

The participants – 230 boys and girls from 21 countries aged 14 to 17 – will compete in a six-day tournament followed by a congress on the rights of street youth. They come from countries as far and wide as Bolivia, Liberia, former Soviet Union countries and the United States.

“Everyone has a chance to show what they are capable of, and, who knows, maybe from this World Cup you will get to the big World Cup,” said Stanislav Cherchesov, Russia’s national football coach, at the opening ceremony. “So go on, without fear or doubt.” 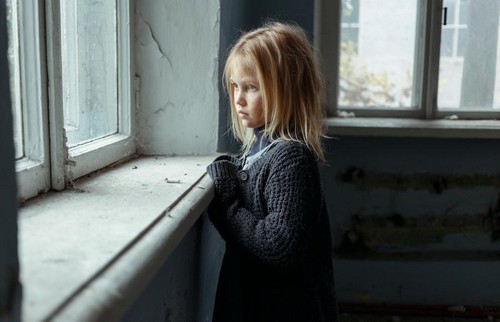 On Friday, the children marched onto the field of the Sapsan Arena in Moscow waving their national flags. After the official portion of the ceremony, which included the competition draw, Pakistan and Mexico’s players chanted, while the girls from Mauritius began an impromptu dance.

Later in the afternoon, the girls teams from Russia and Brazil faced off in an exhibition match, which ended in a 1-1 draw. Russia’s Sofia Minkevich tied the game in the closing minutes, much to the relief of her teammates, who said they had trained daily in the lead-up to the first match.

“I feel really proud, but i’m nervous too because we’re representing our country,” said 15-year-old Minkevich. “We have to show that we are good players, and that we can get this done.”

Valery Bombin, a player on the Russian boys’ team, was equally eager to impress on home turf.

“I can’t describe how I’m feeling. I am so driven to play for Russia,” he gushed, a Russian flag wrapped around narrow shoulders. “We want to win so that we get noticed. That would mean something for us.” 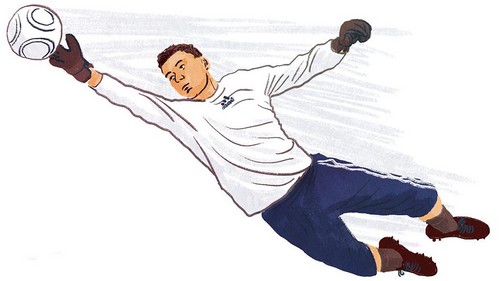 At the FIFA World Cup This Summer, Russia Will Be Playing for a Miracle

Like his teammates, 15-year-old Bombin grew up in an orphanage in western Russia’s Smolensk region and trained three to four times per week to prepare for the tournament.

He dreams of playing for the national team at the World Cup one day.

Bombin is not the only one at the tournament harboring dreams of playing at a professional level. England’s Martha Bryant, who started off by playing football in parks in London, is also setting her sights high after arriving at her first international competition. 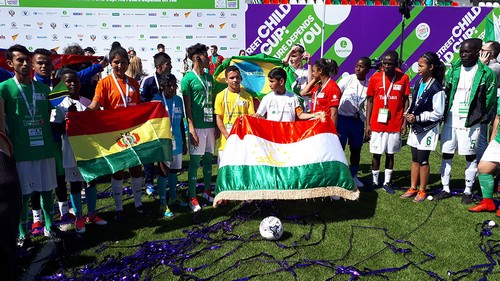 Russia is the furthest she has ever been away from home. “This whole competition has changed my life already,” the 16-year-old said. “It’’s given more disadvantaged children an opportunity to feel like they have a voice and represent their country – to feel like they are someone.”

Like Bryant, Juliana Franco who plays for the U.S. girls’ team says she cannot imagine her life without football.

“Football has a big impact on my life. I don’t know where I would be right now without it,” said 16-year-old Franco. “Football is my getaway.”

“When I was on the street, I used to work with the gangs,” he said. “I was always with the big guys. Some of them got murdered. Some of them are in jail, so I thought it’s time for me to think of my future and to find a way out.”

For John, who is now studying community development in university and works as a social worker, Football was the way out.

“The most important thing here is not about competing in football,” John said of the Street Child World Cup. “It’s about making the voices of street children all over the world heard and making them realize that they can be somebody.”

The final is scheduled to be played next Wednesday at the home of Russia’s premier leagues winners, FC Lokomotiv.