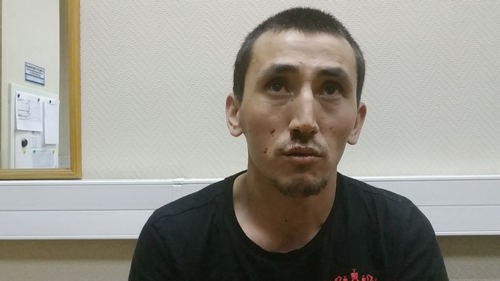 The driver of the taxi which drove into a crowd of pedestrians near Moscow’s Red Square on Saturday, injuring seven, has said it was an accident.

Footage of the incident posted on social media showed a yellow Hyundai taxi pull sharply out of a line of stationary traffic, accelerate and mount the narrow pavement, which was packed with pedestrians. Two Mexican citizens were injured.

The Moscow traffic authority posted on Twitter a copy of what it said was the taxi driver’s license. It gave his name as Chingiz Anarbek Uulu and said he was born on April 22, 1990, in Kyrgyzstan.

In a video published by the local branch of the Interior Ministry, the tearful driver said he wanted to brake but accidentally hit the accelerator instead.

“I regret it very much… I wanted to go home afterward, to have a sleep,” he said.

The driver said he had been working for 20 hours by the time the incident happened. Asked why he ran away, he said he was afraid he would be killed after bypassers beat him. He denied he could have been drunk, saying he did not drink or smoke.

A court will hold a sentencing hearing on Monday, the state-run TASS news agency reported.